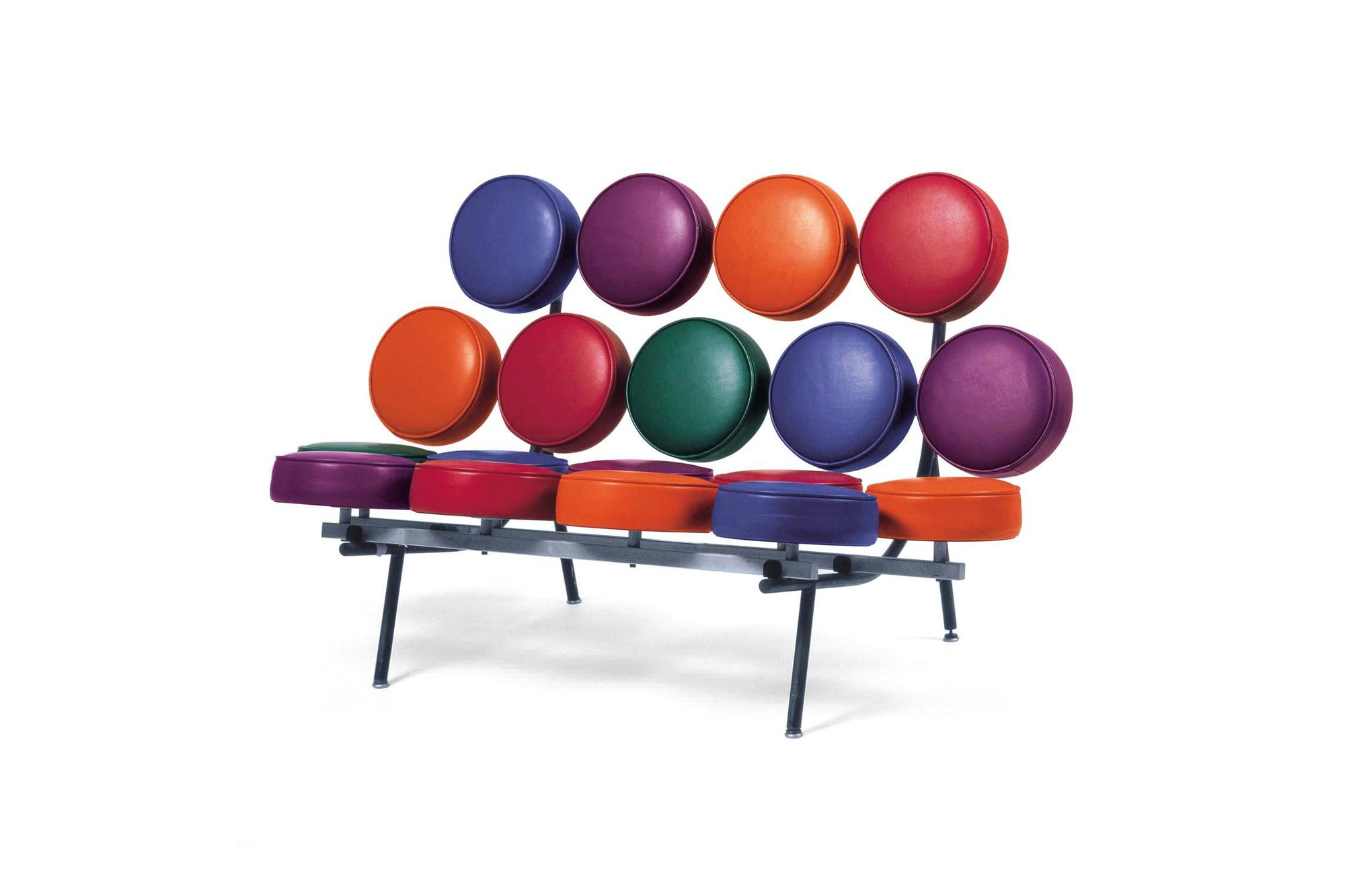 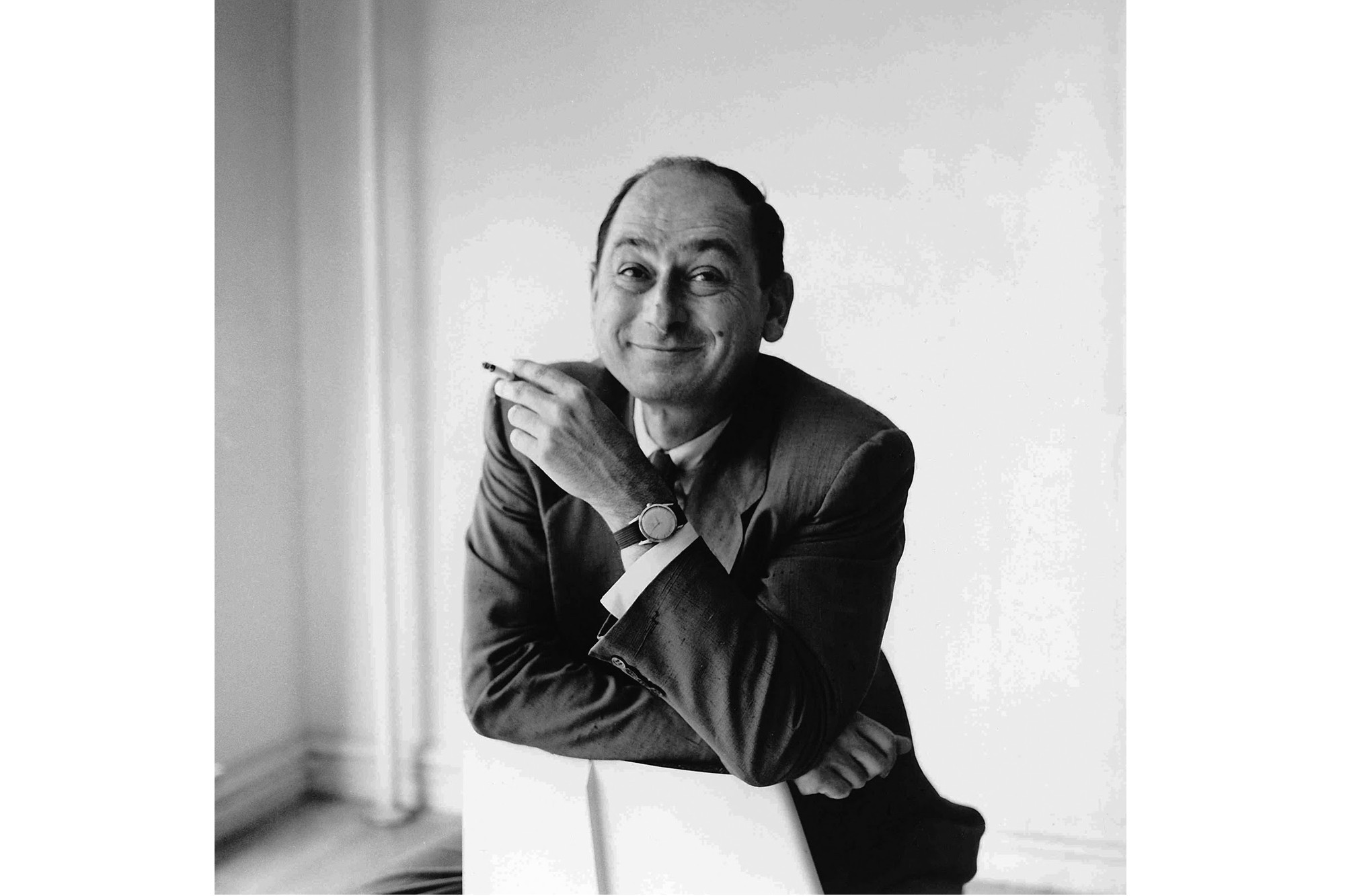 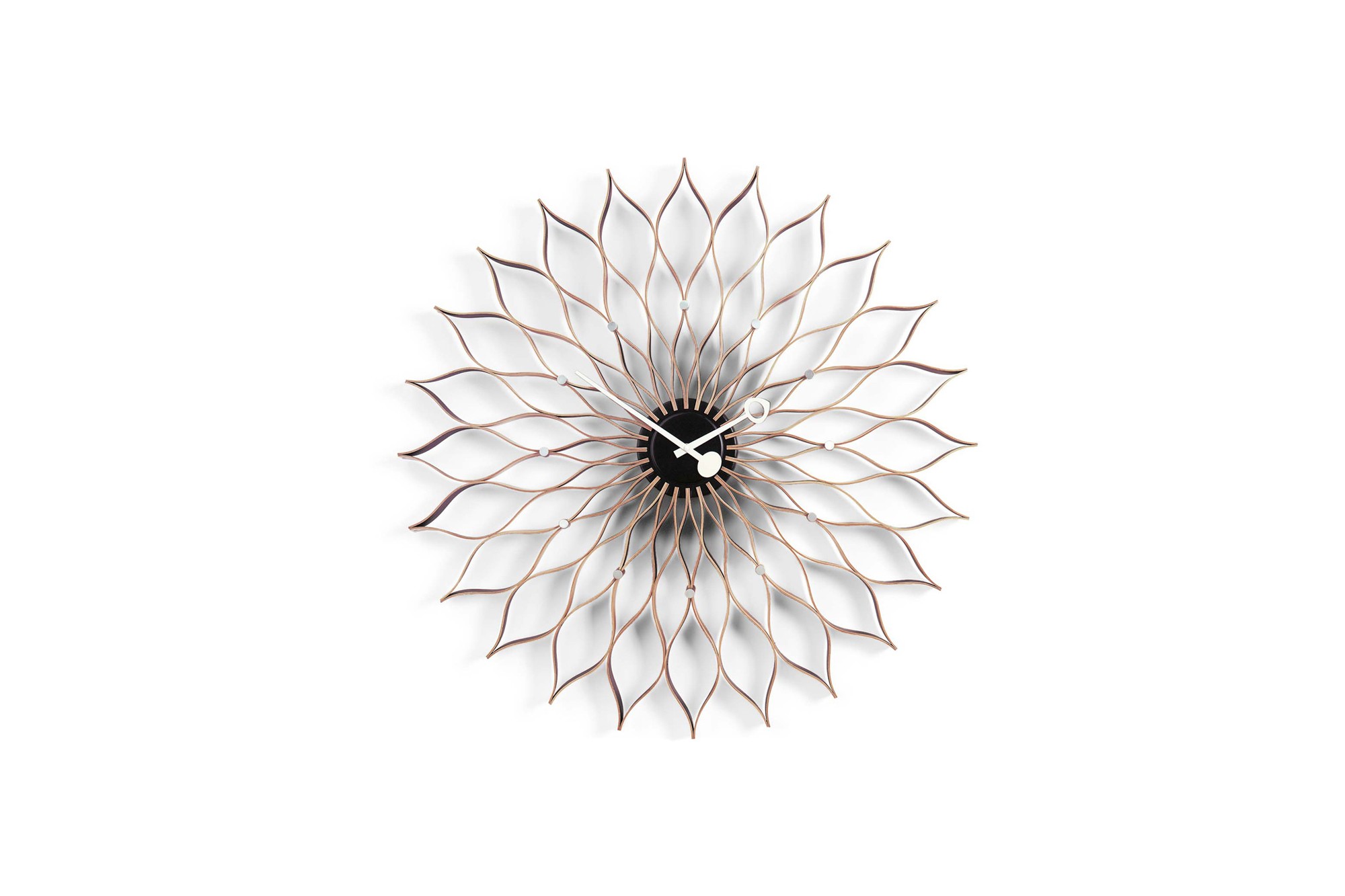 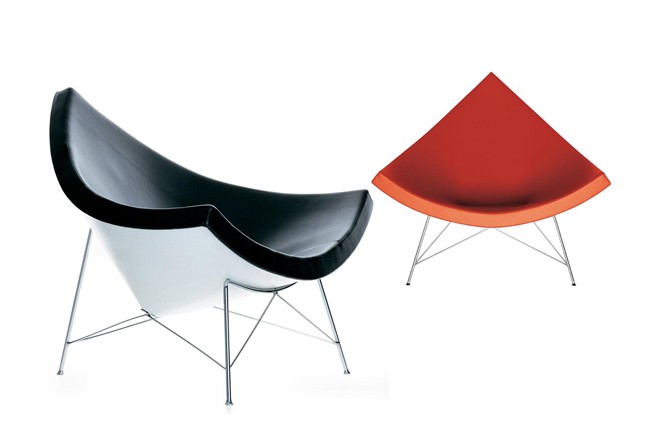 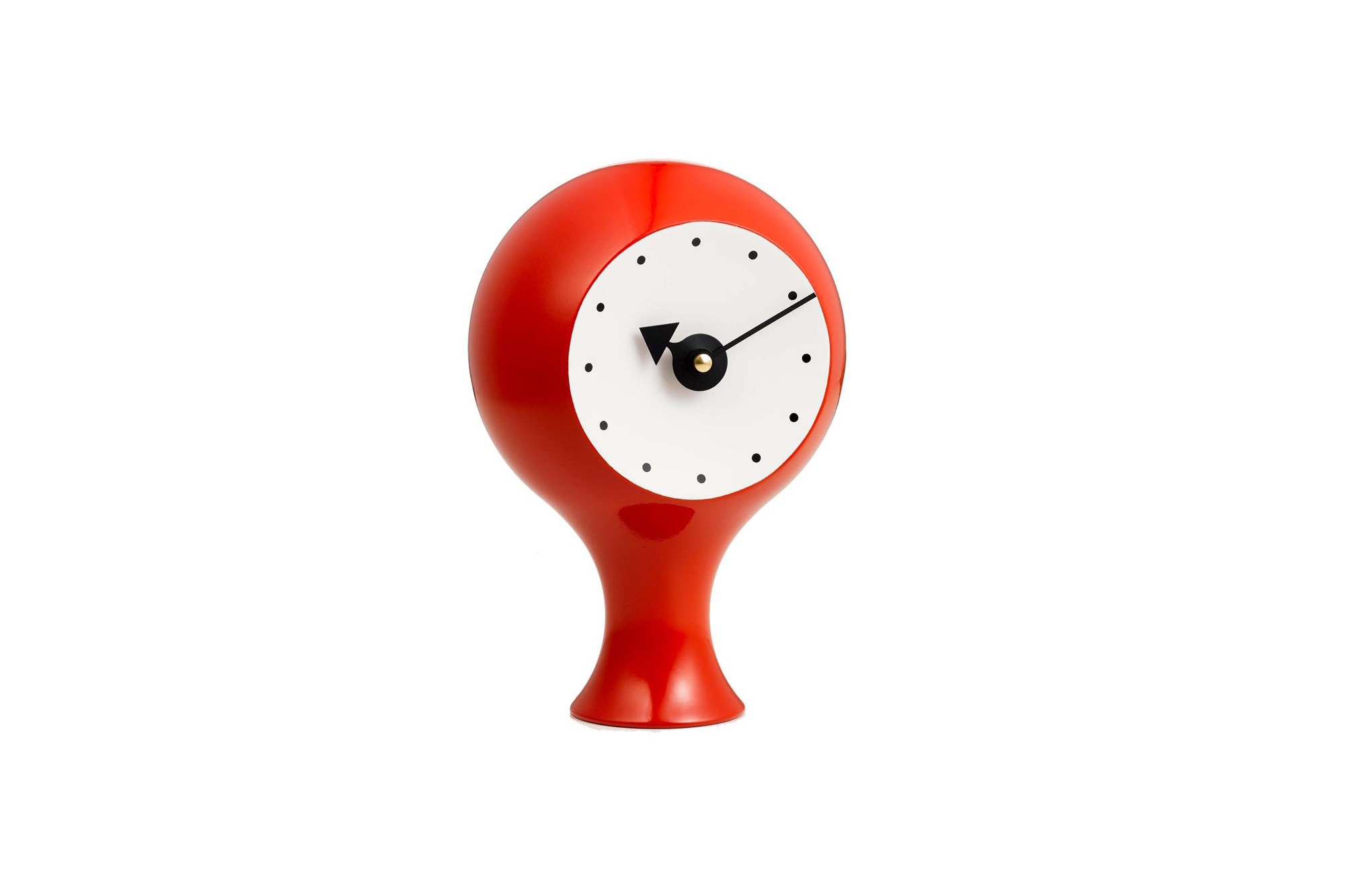 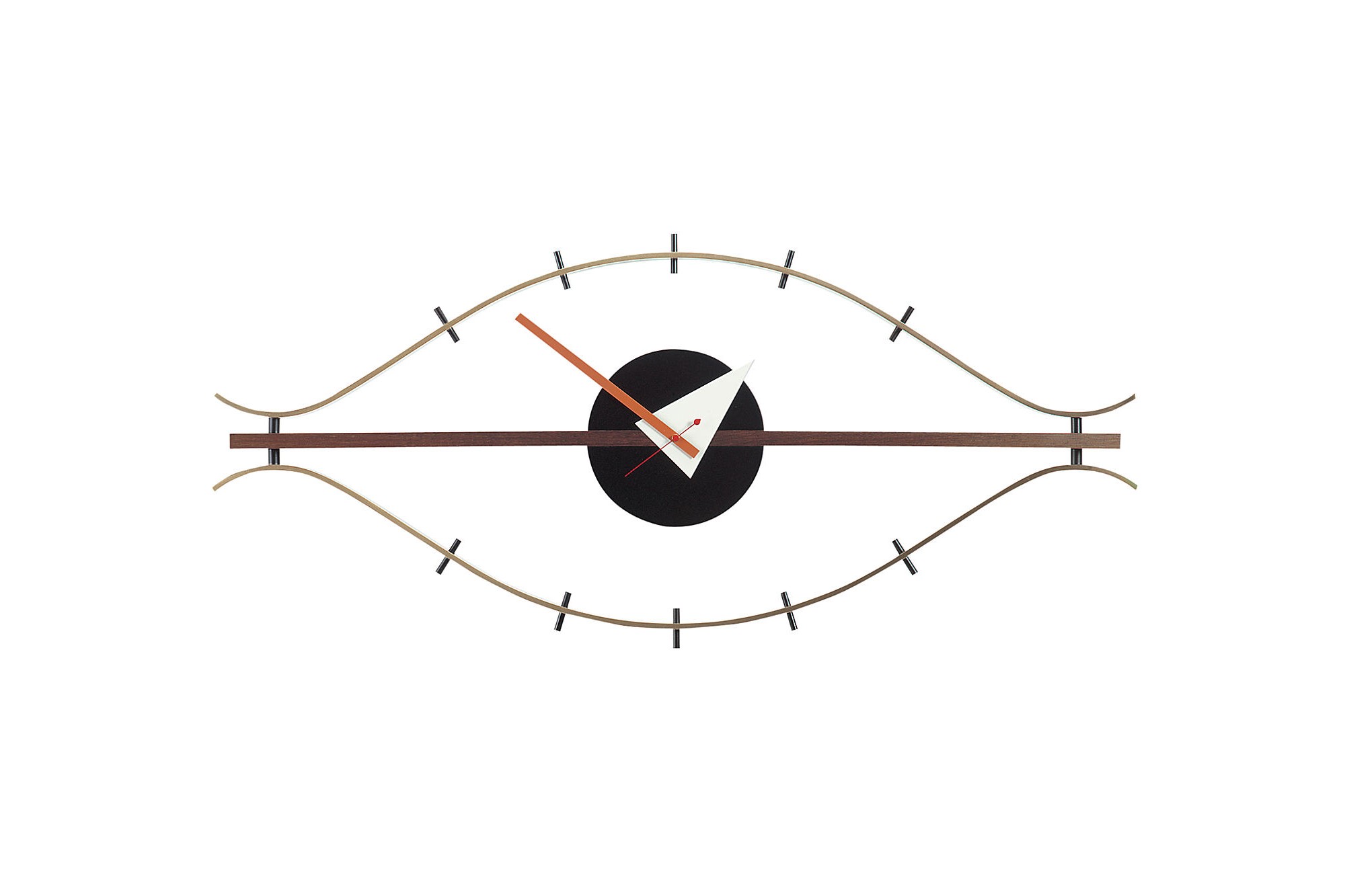 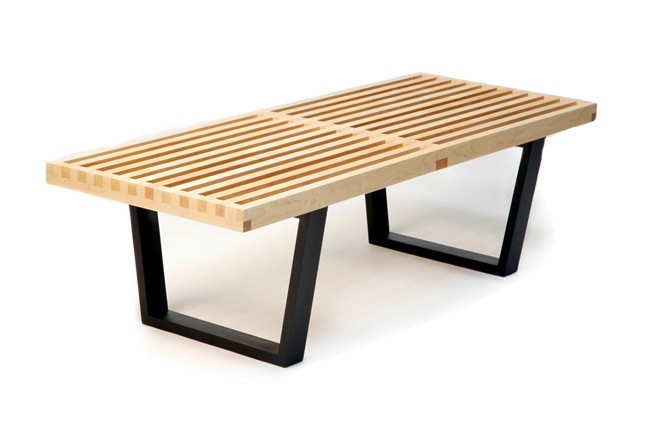 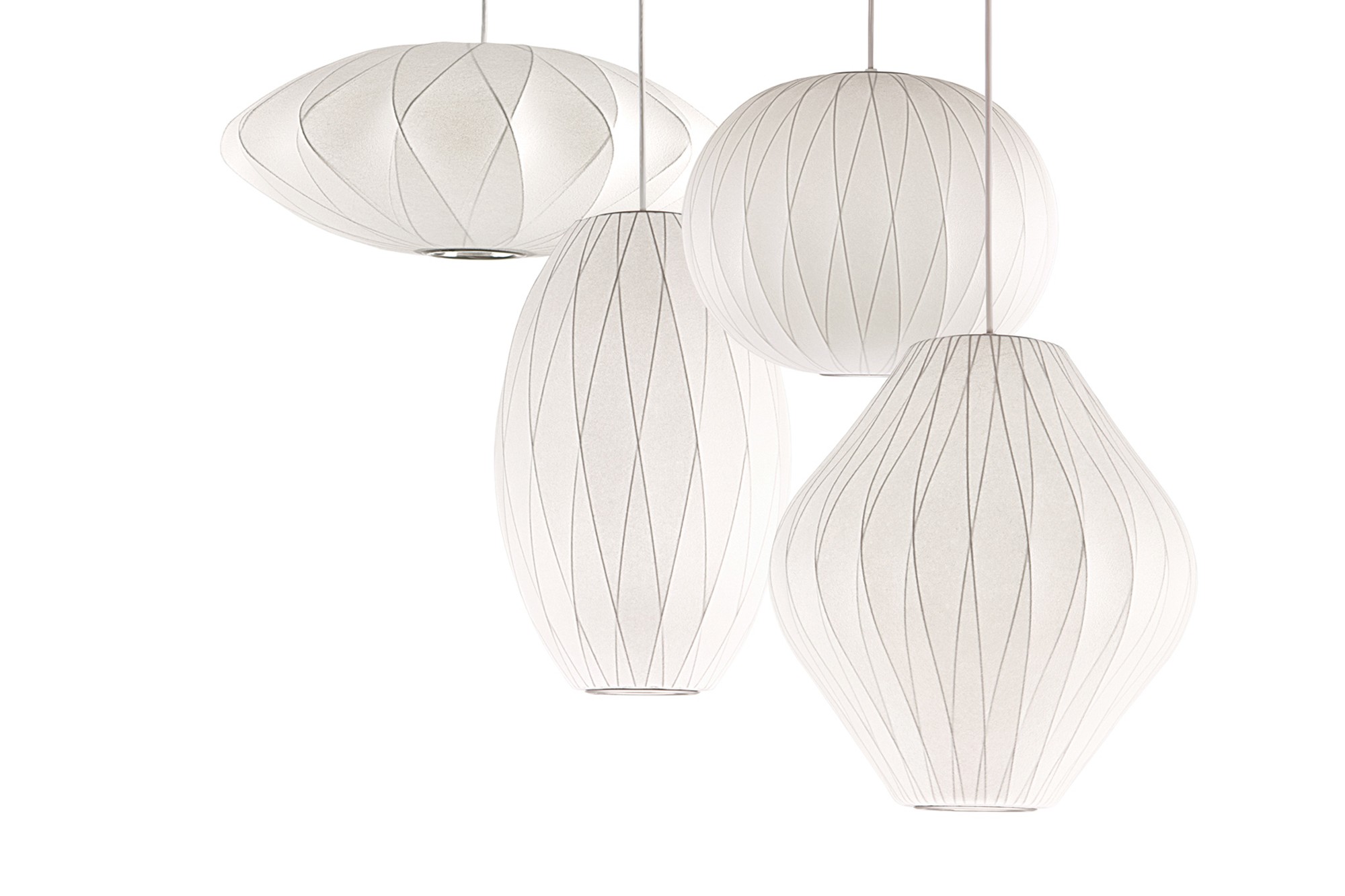 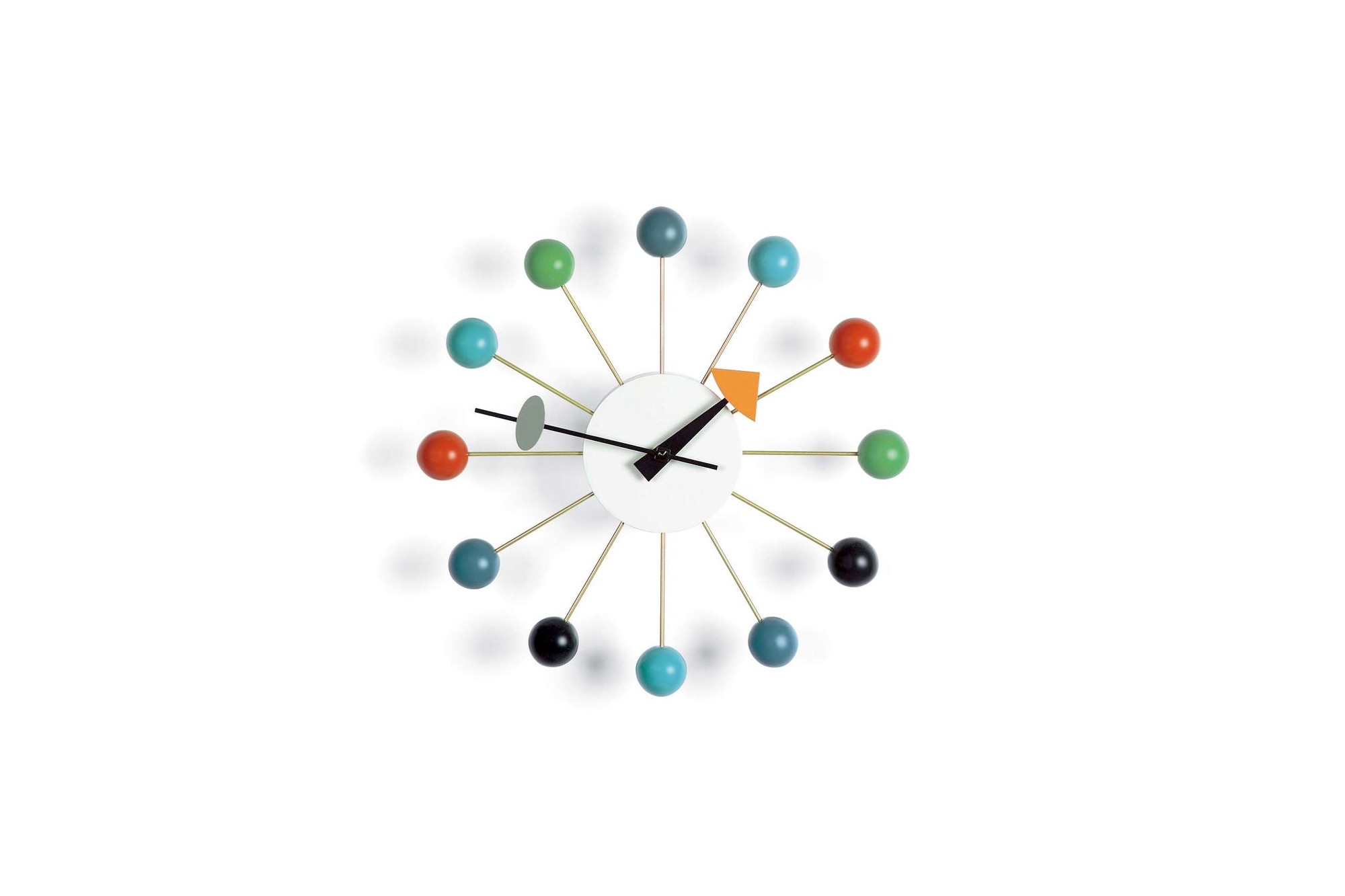 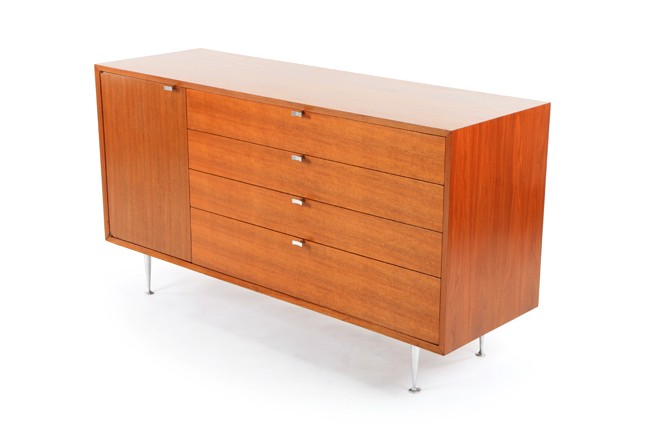 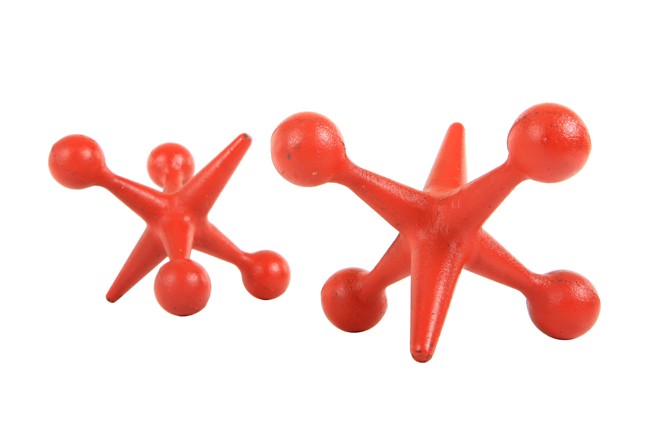 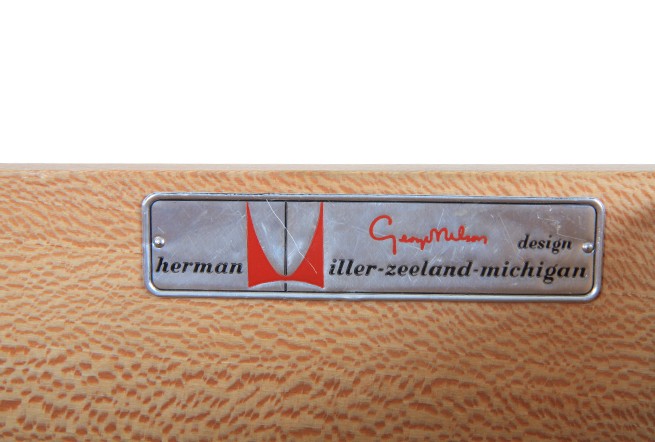 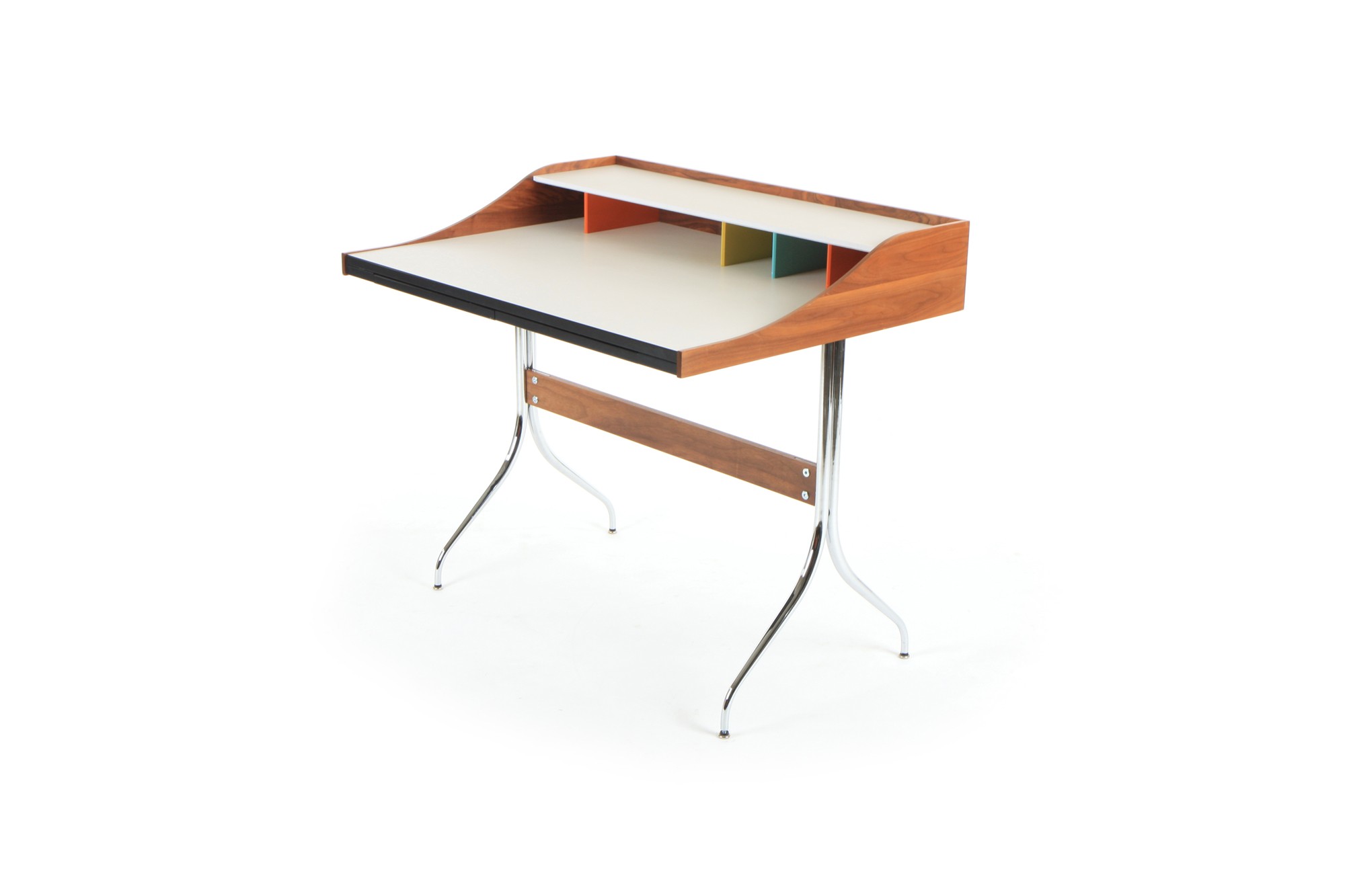 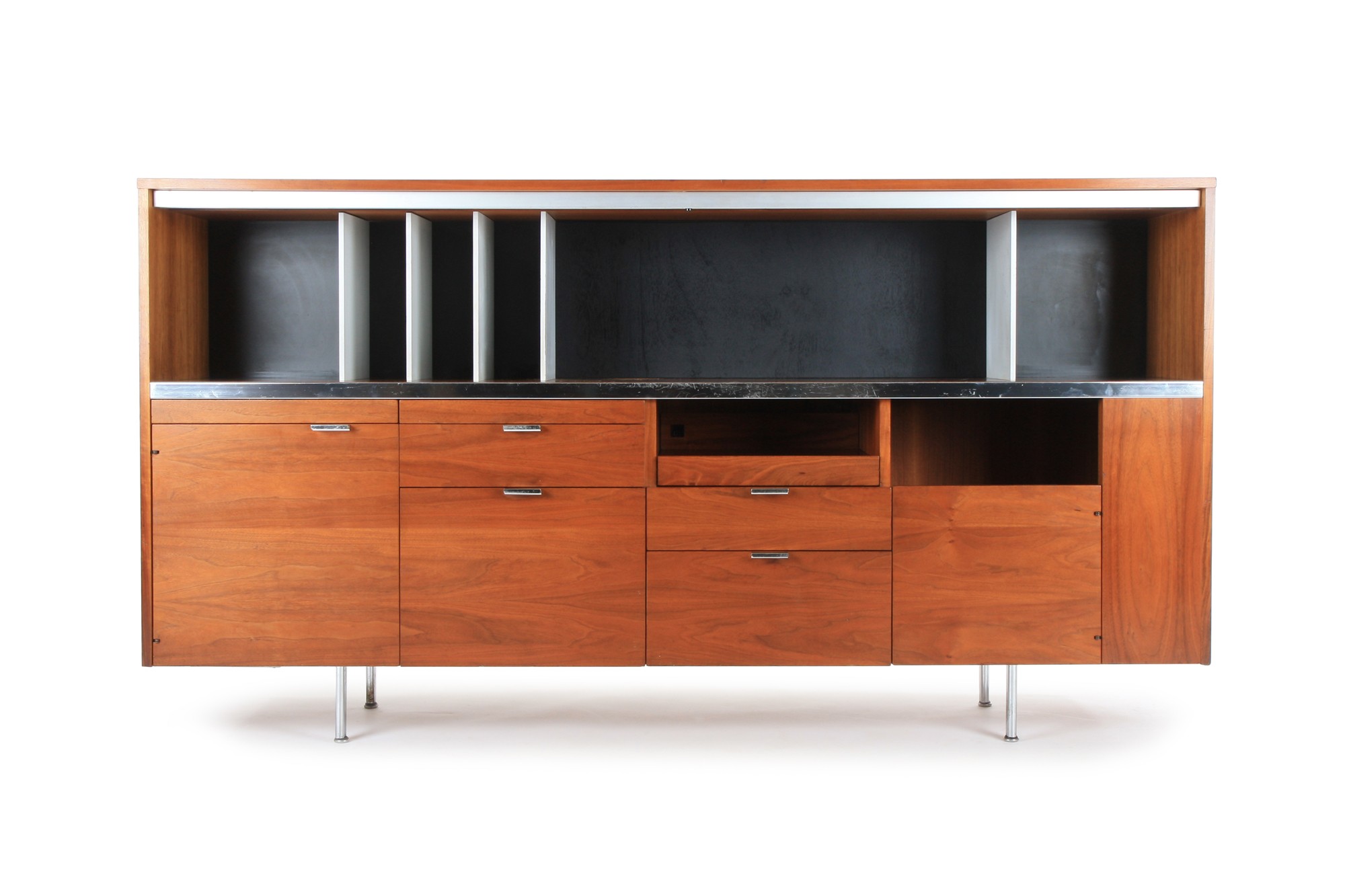 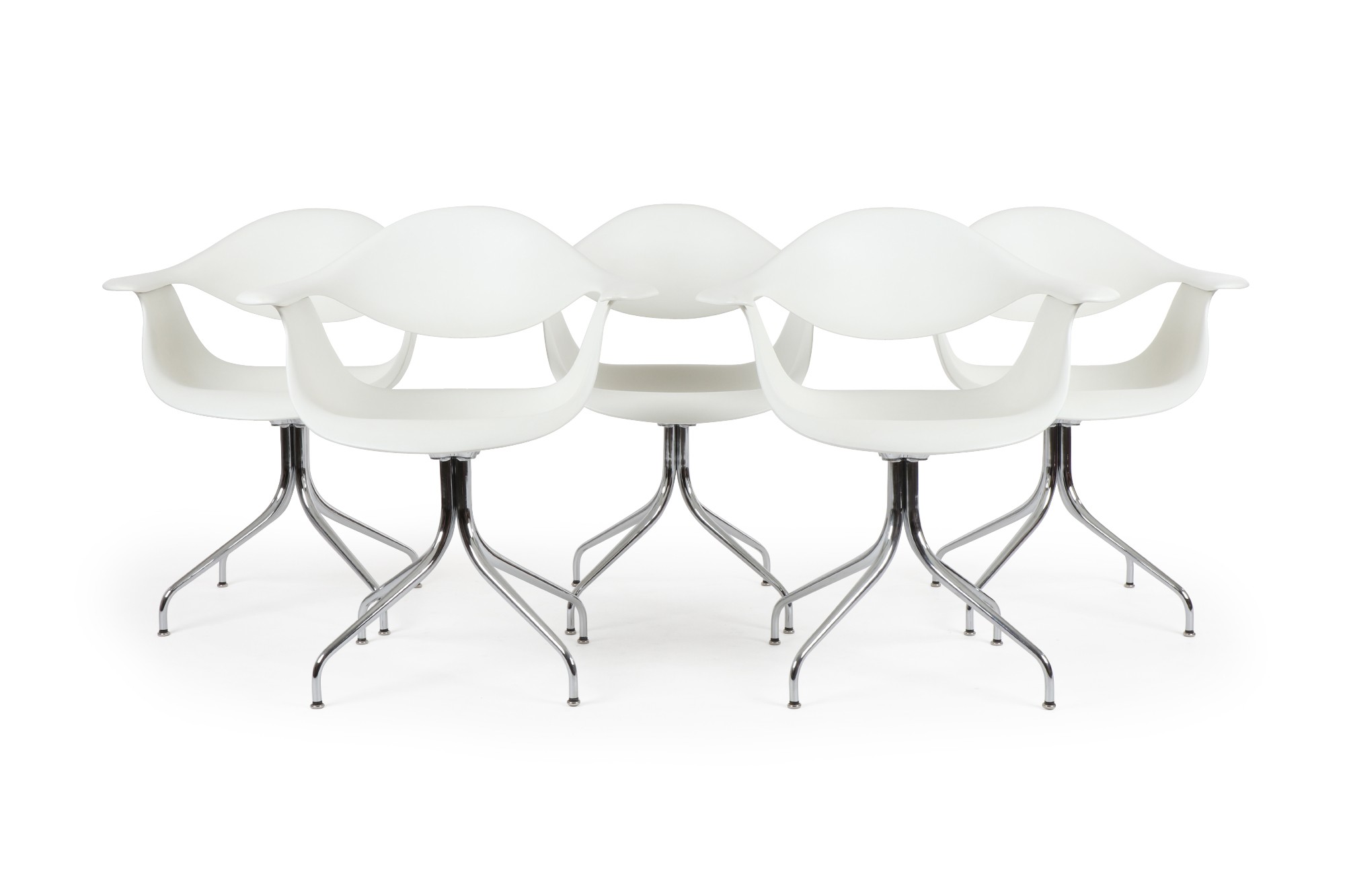 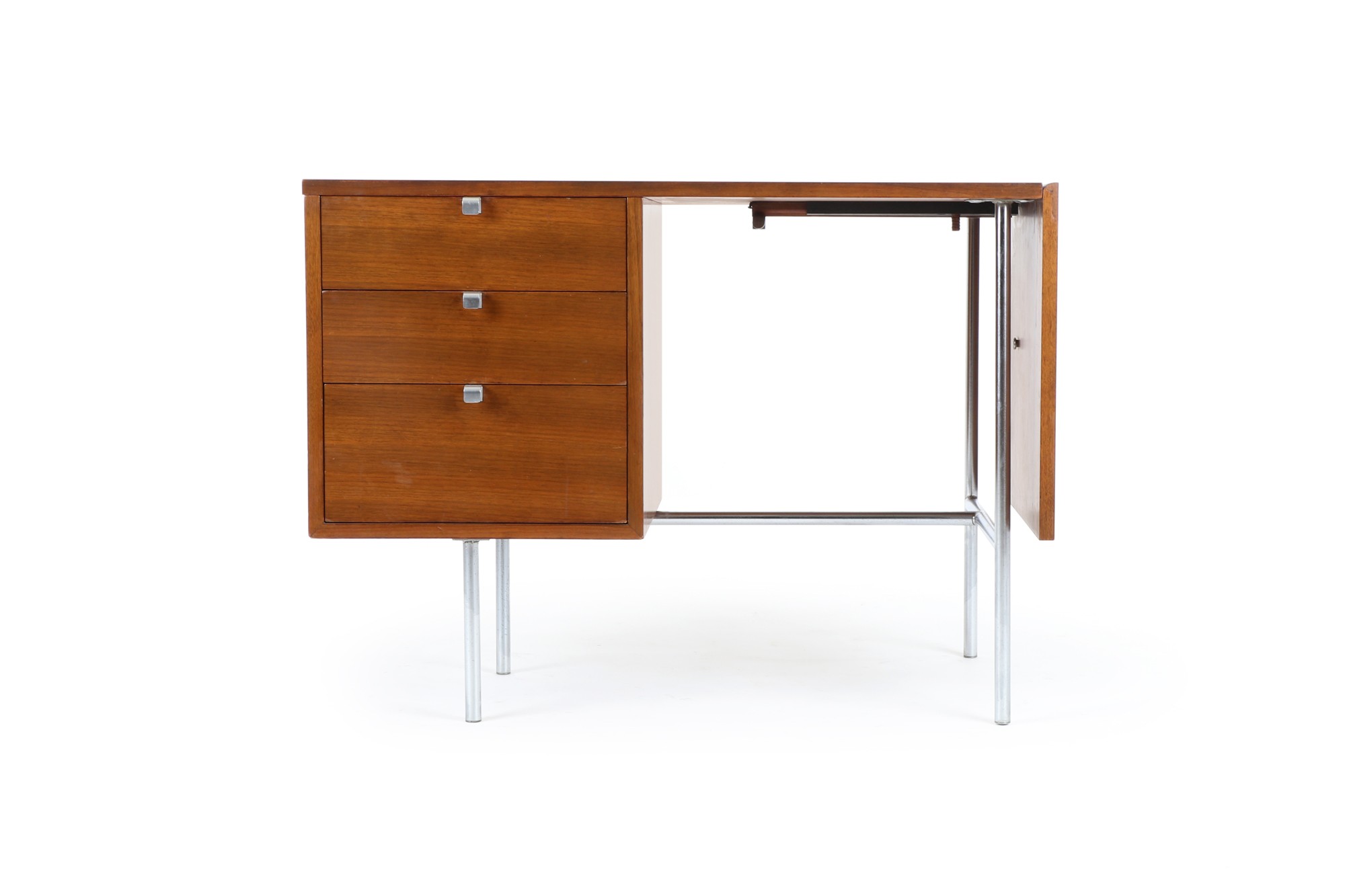 Even with an Ivy League education and a list of influential friends, George Nelson never took himself too seriously. We like that.

George Nelson (1908-1986) was one of the most influential proponents of modernism in the 20th century. He was also an important design communicator, writer and founder of George Nelson Associates, the firm that designed some of the most iconic furniture, lighting and homeware of the mid-century era.

After graduating Hartford Public High school in 1924, Nelson attended Yale University. He did not originally intend to become an architect, that happened by chance when he ducked into a building to avoid a rainstorm. Inside George discovered an exhibit of architectural students' works entitled "A Cemetery Gateway".

In 1932 Nelson won an architectural award that allowed a year of paid leave to study in Rome. It was during this time that he travelled extensively throughout Europe and interviewed a number of the leading modernist architects including Le Corbusier, Mies van der Rhoe, Walter Gropius and Gio Ponti.

In 1945 George Nelson’s ground-breaking book “Tomorrow’s House” was published. After reading the compelling book, which focused on modern design solutions, D. J. De Pree (then the Chairman of Herman Miller) invited George to become the Director of Design for Herman Miller.

Nelson was not a furniture designer at the time of being offered the role at Herman Miller nor did he have any direct experience in the field. His real genius was the ability to envision a modern future and the lifestyle that accompanied it. Nelson was an expert at communicating this to the public in a way that was exciting and full of optimism.

As Director of Design from 1946-1972, Nelson was able to recruit some of the greatest emerging talent in the mid-century modern design movement to create work for Herman Miller. The list includes Charles and Ray Eames, Harry Bertoia, Isamu Noguchi and many others.

In 1955 George Nelson set up his own design studio in New York city called George Nelson Associates Inc. He was then able to bring together some of the most talented designers in the United States to push the boundaries of modern design.

Some of the most iconic designs of the mid-20th century where created under the George Nelson Associates studio. These are often attributed to George himself but were in fact designed by the talented members of his team.

George Nelson continued to write and teach throughout his life. Closer to his death he focused on the idea of cleaner cities, where all kinds of pollution from audio, chemical or visual clutter would be diminished.

"THE SIMPLE JOY OF TAKING AN IDEA INTO ONE'S OWN HANDS AND GIVING IT PROPER FORM, THAT'S EXCITING."
GEORGE NELSONGEORGE NELSON 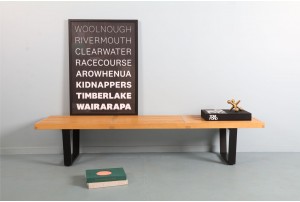 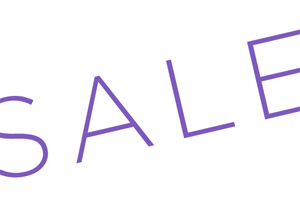 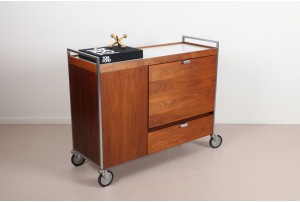 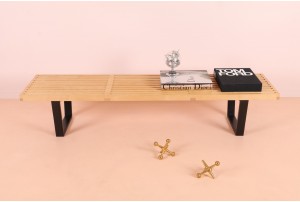 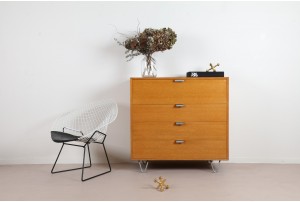 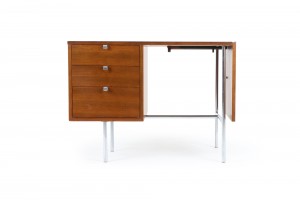 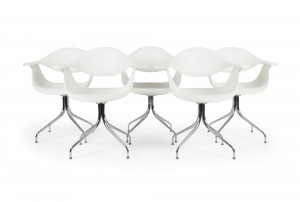 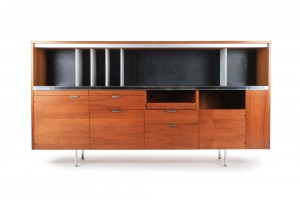 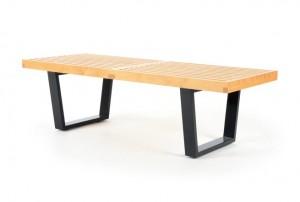 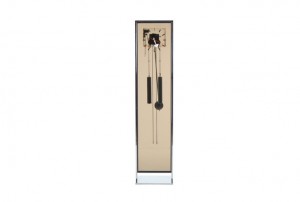 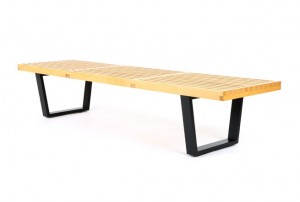 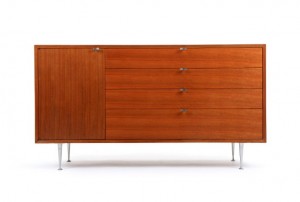 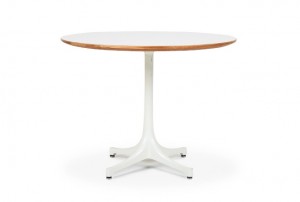