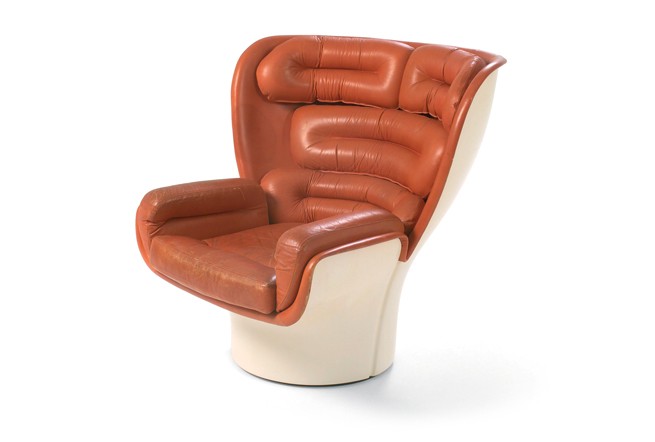 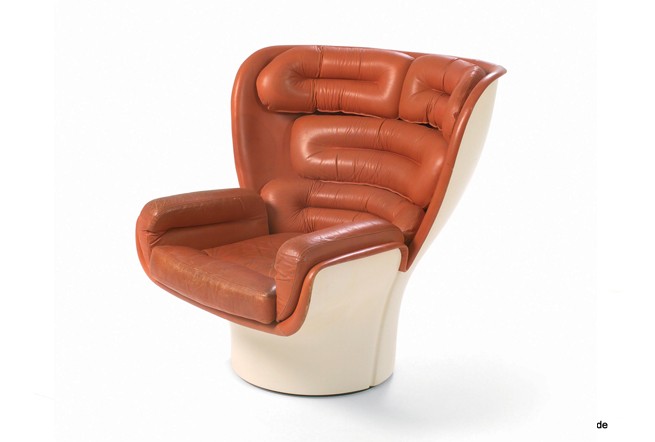 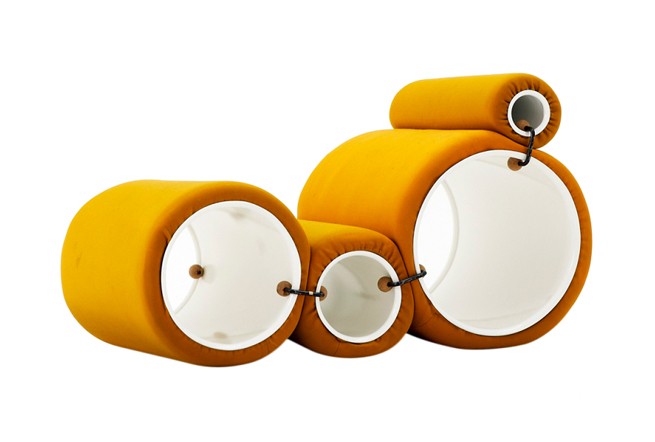 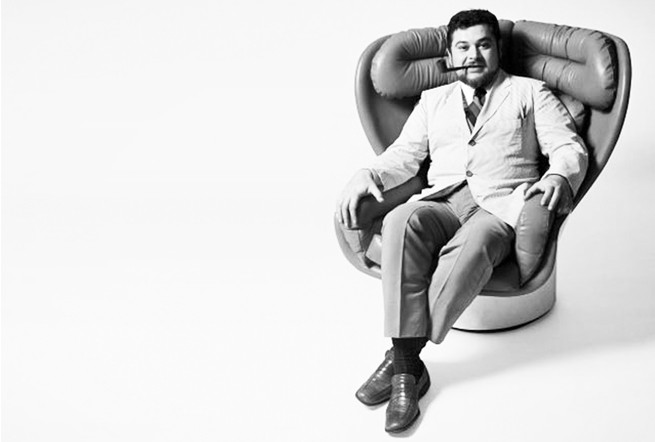 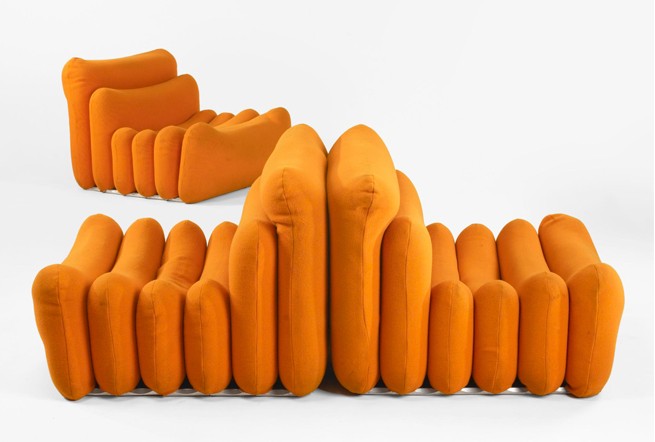 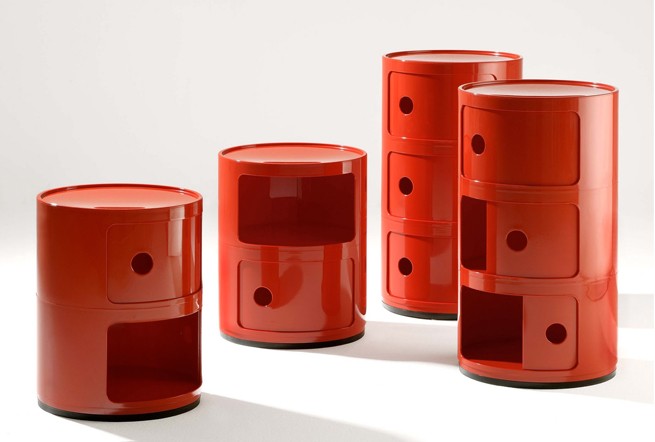 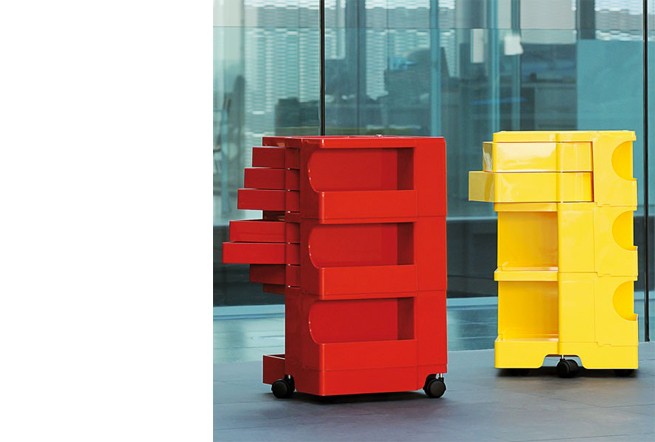 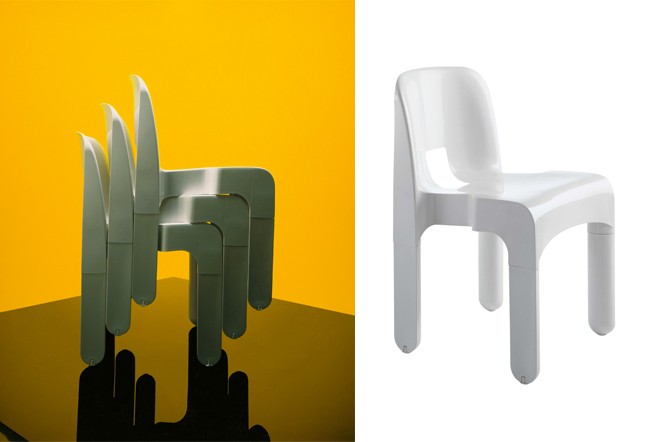 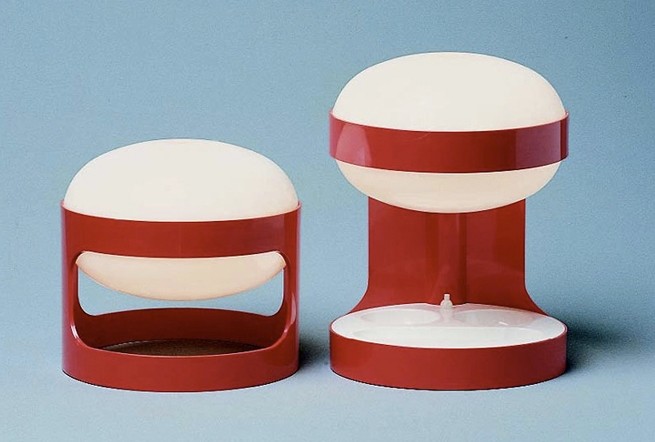 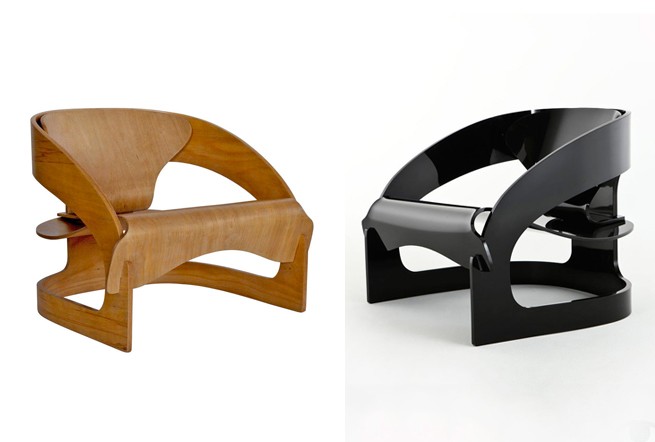 Joe Colombo (1930-1971) created bold and daring designs which exhibited a strong optimistic vision for a 'habitat of the future.' Several works have reached iconic status as design objects.

Celebrated Italian designer Joe Colombo was a rock-star designer of the 1960's. His career was short, a nine year stretch of brilliance from 1962 to 71. Colombo stumbled into design at the late age of thirty-two from a background of sculpture, art and architecture.

When Joe’s father died, the family ribbon/electrical factory became a personal playground. Colombo took the opportunity to experiment with the latest production processes and newly developed space age plastics such as fibreglass, ABS, PVC and polyethylene.

Joe was determined to stretch the limits of materials and manufacture, to produce a sculptural chair produced from a single material. An early iconic design was the model 4801, a low-slung chair made of three pieces of plywood and manufactured by Kartell in 1965.

After initial trials with aluminium, fibreglass (1963 Elda Armchair) and ABS, Colombo created another masterpiece with the Kartell produced 'Universale'. He perfected it for mass-production in 1967, as a stackable, easy to clean PVC chair, with adjustable length legs.

Colombo made furniture fun. He looked at different ways of sitting in line with a more mobile, fluid lifestyle by analysing the human form. The Tubo Chair, Multi Chair and Additional Living System seating (1967) consisted of elements or cushions of different sizes that could be pinned or strapped together to make new forms according to a desired way of sitting.

In 1971 Colombo developed the Total Furnishing Unit. With this system kitchen, cupboards, bed and bathroom are contained in a single unit in Colombo's signature colours of white, yellow, red and black. Sadly, Colombo didn't live to see it exhibited at MoMA New York in 1972. He died of heart failure on his birthday at the age of 41.

Through his inspirational design, Joe Colombo's exuberance and love of life live on. The energetic designer is remembered for his radical furniture and all in one living systems. 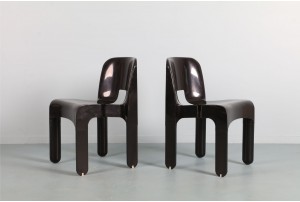 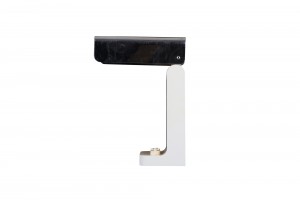 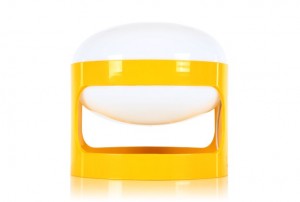 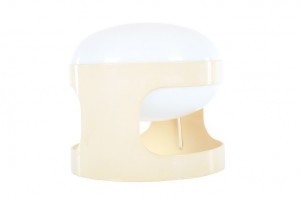 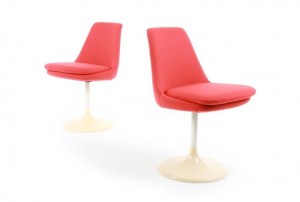