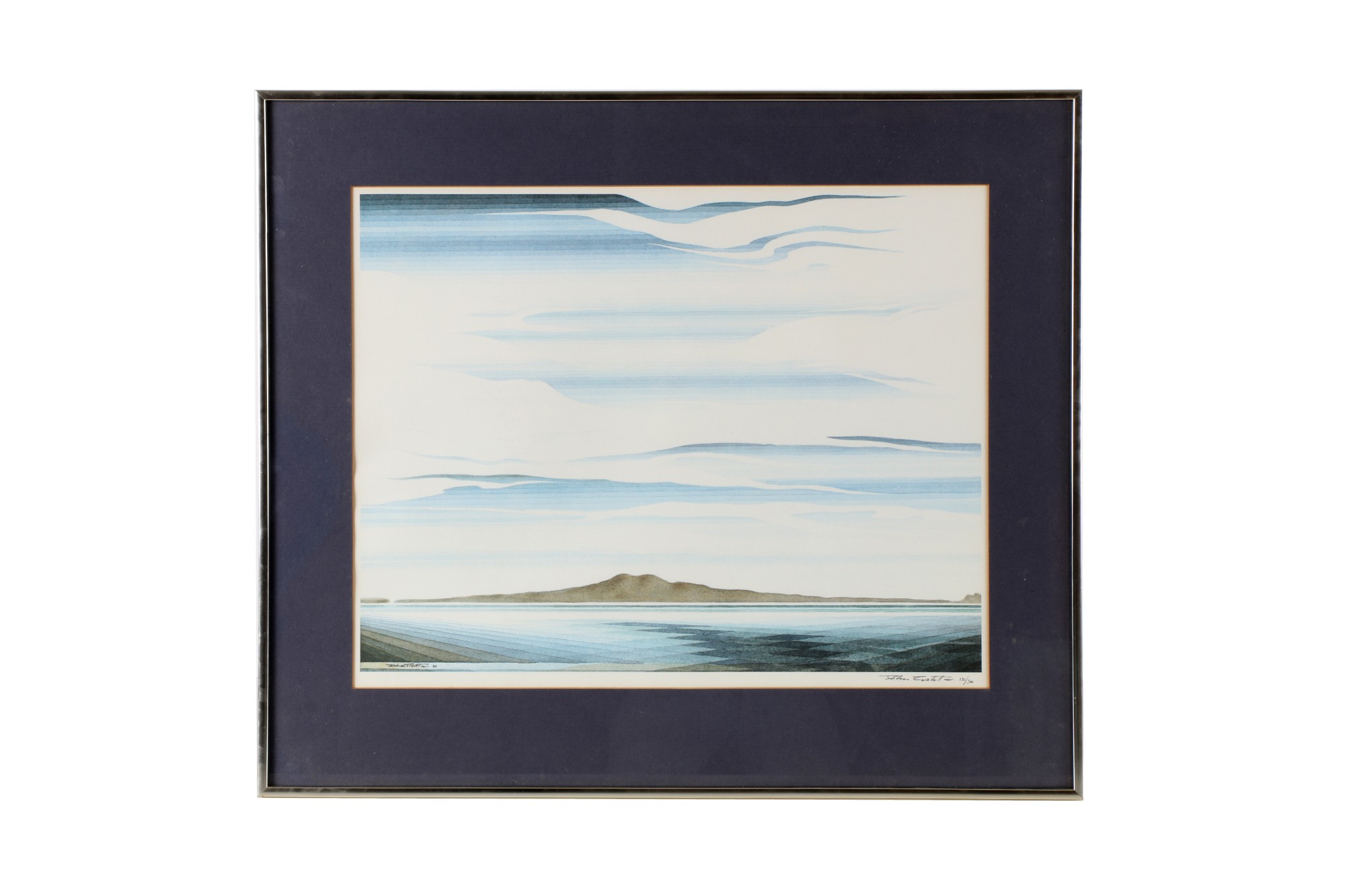 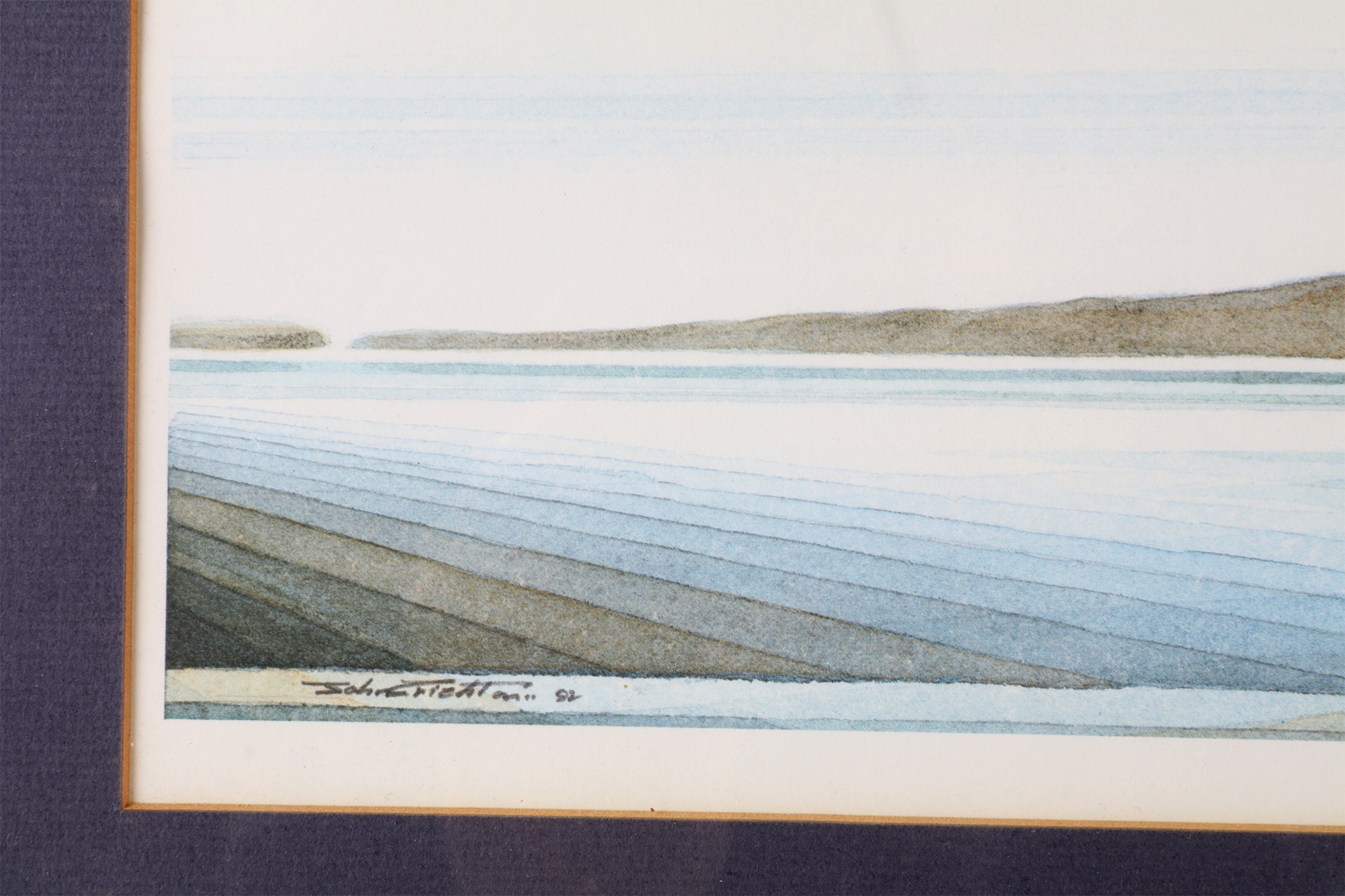 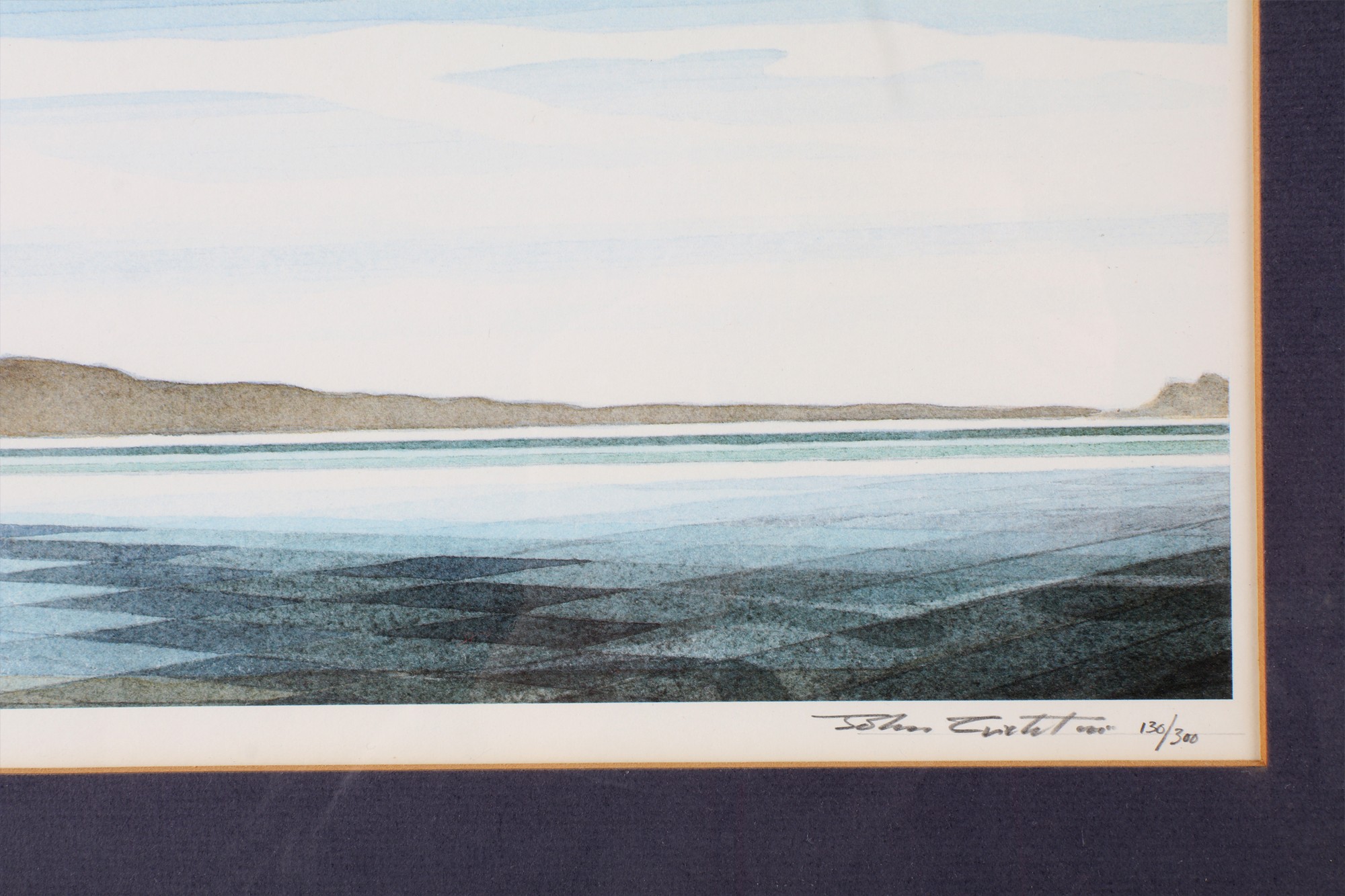 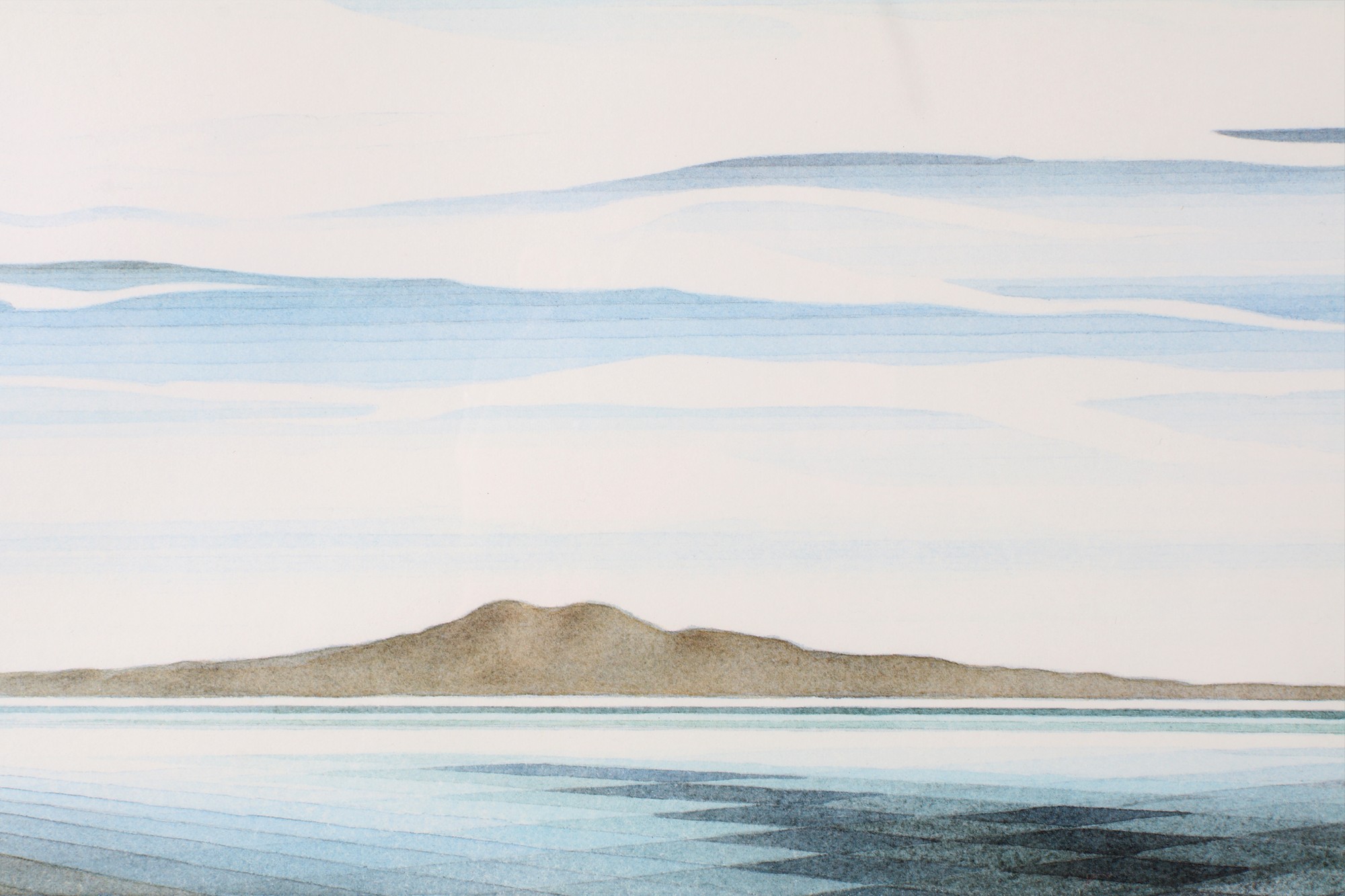 John Crichton was one of the most talented and progressive New Zealand designers of the mid 20th century. His pioneering work in the 50s and 60s helped define what is now known as Pan Pacific modernism, a locally inspired fusion of Japanese, American and Pacific references combined with a modernist ethic.

Crichton closed his highly influential Kitchener St Store in 1975. After retiring he continued his lifelong interest in art, creating a number of artworks featuring iconic Auckland landscapes. This elegant limited edition print is from a watercolour of Rangitoto created in 1982, it is signed and numbered 130/300 in pencil by Crichton.