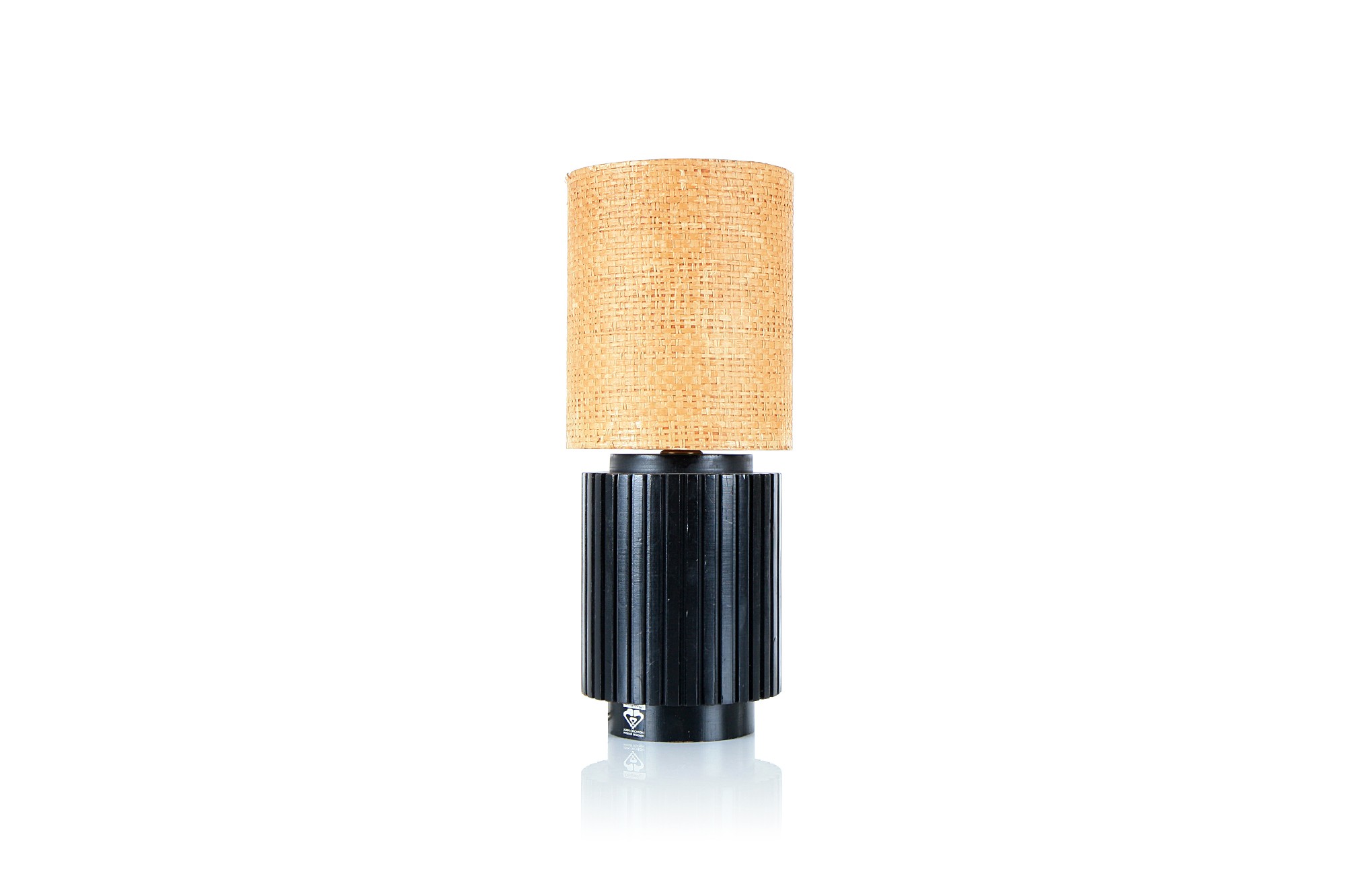 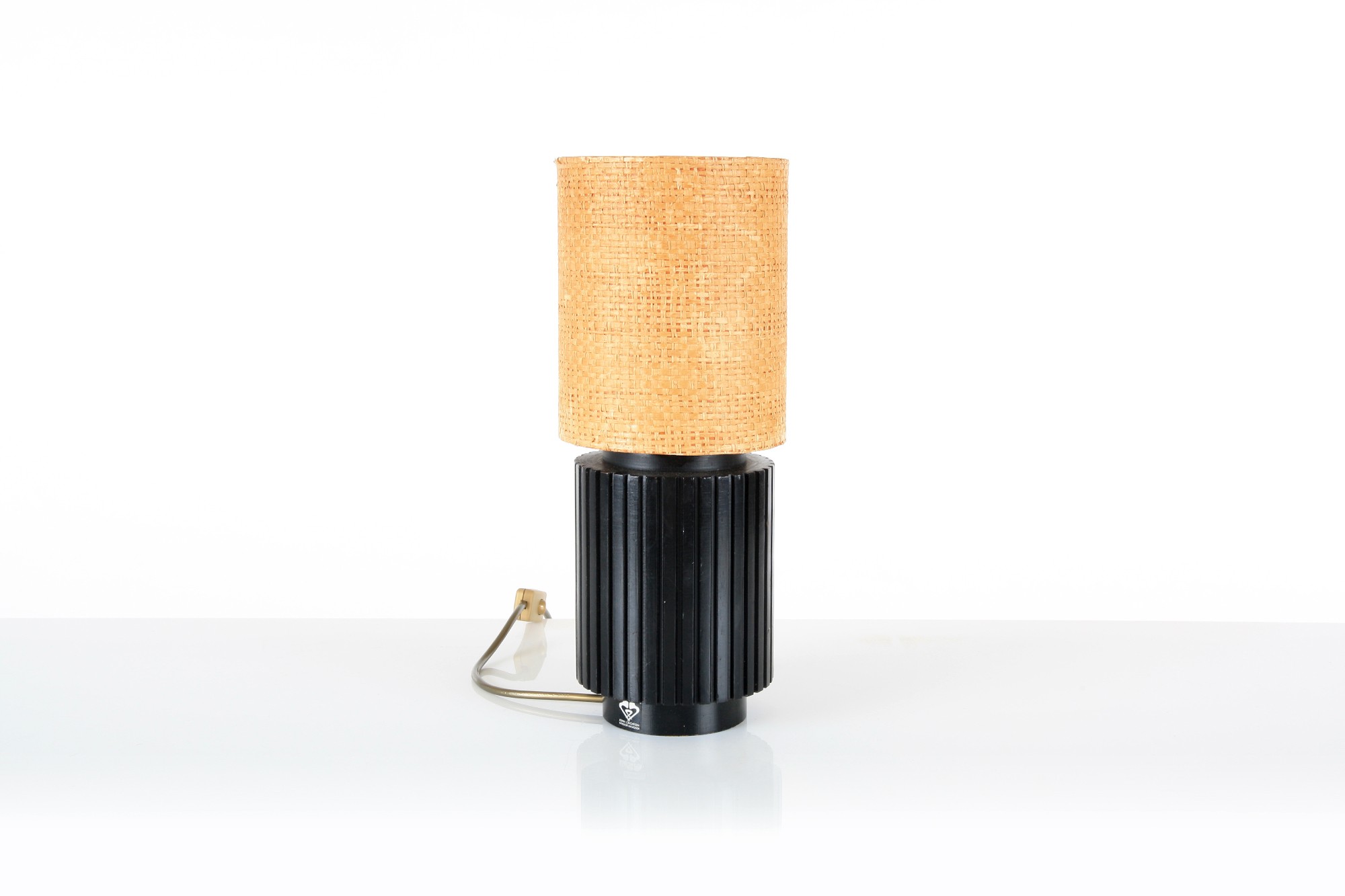 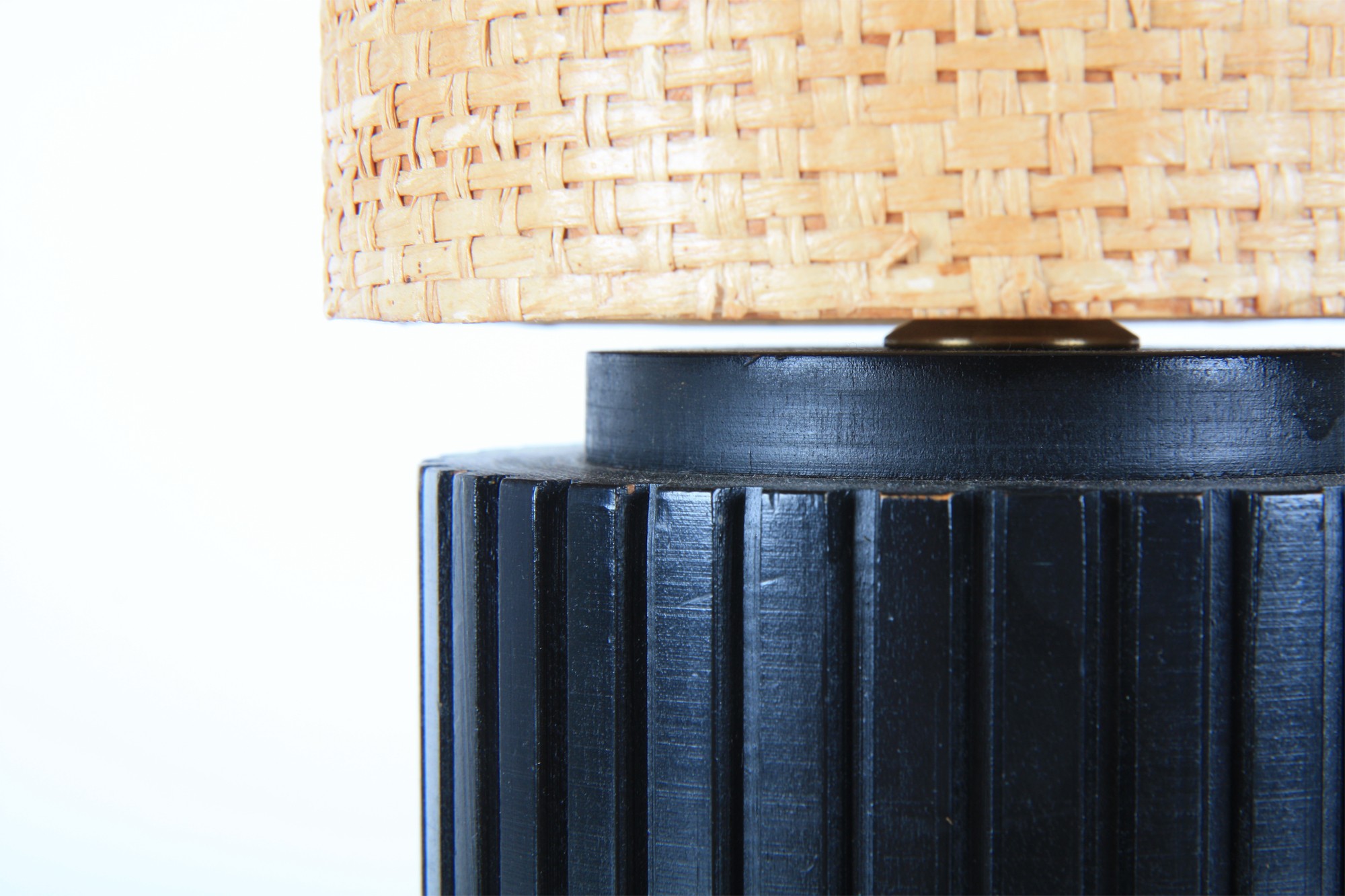 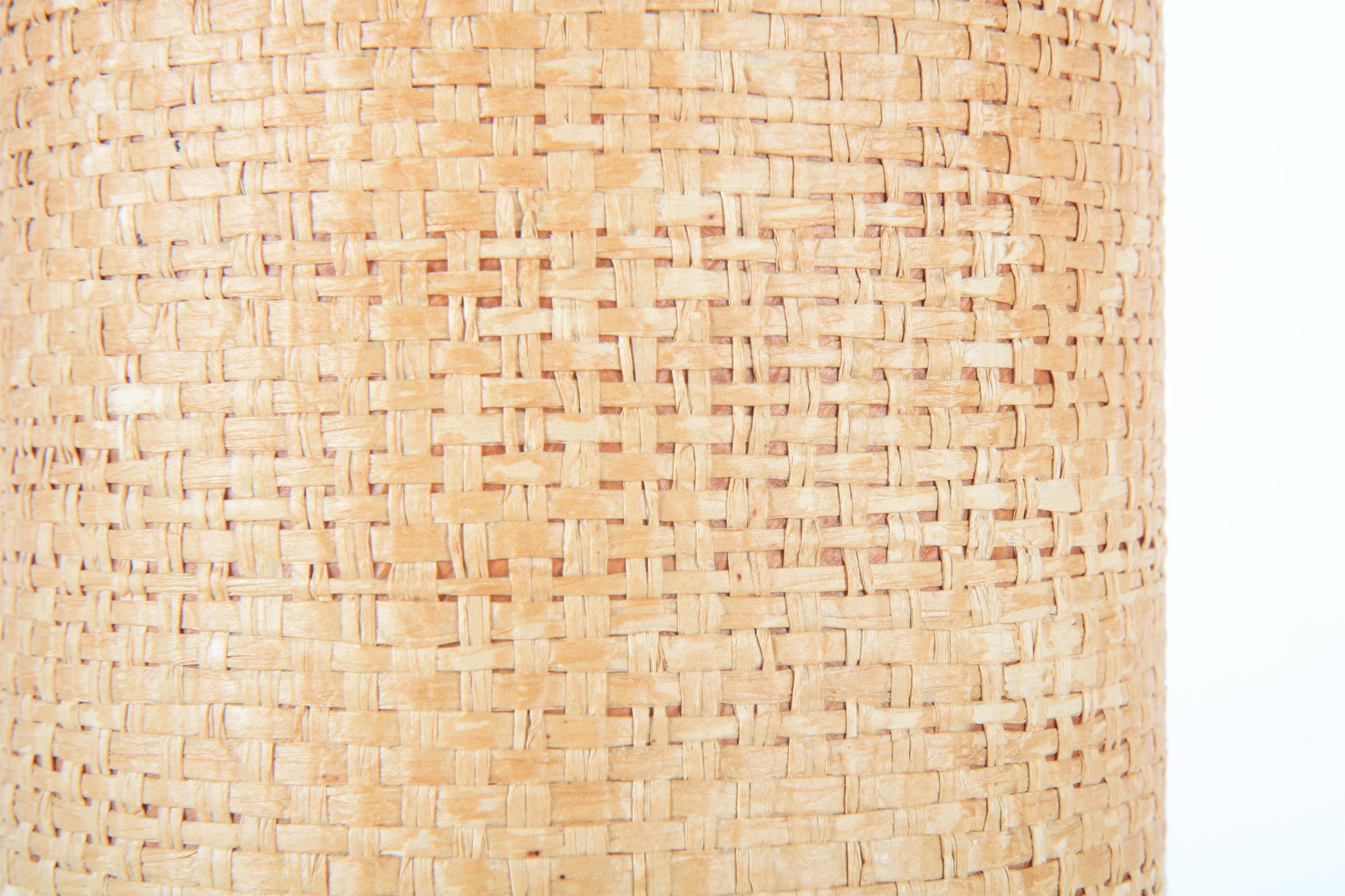 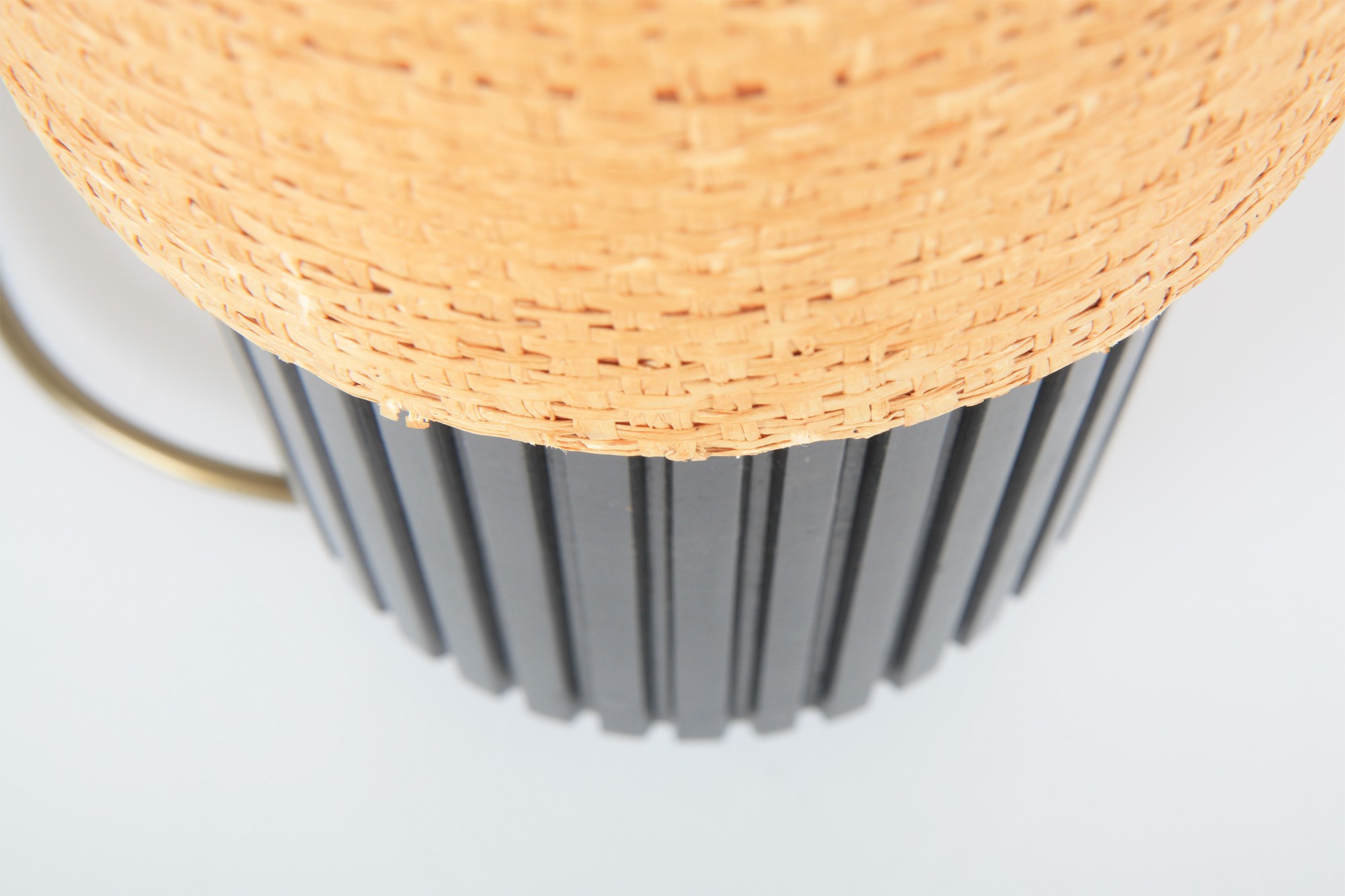 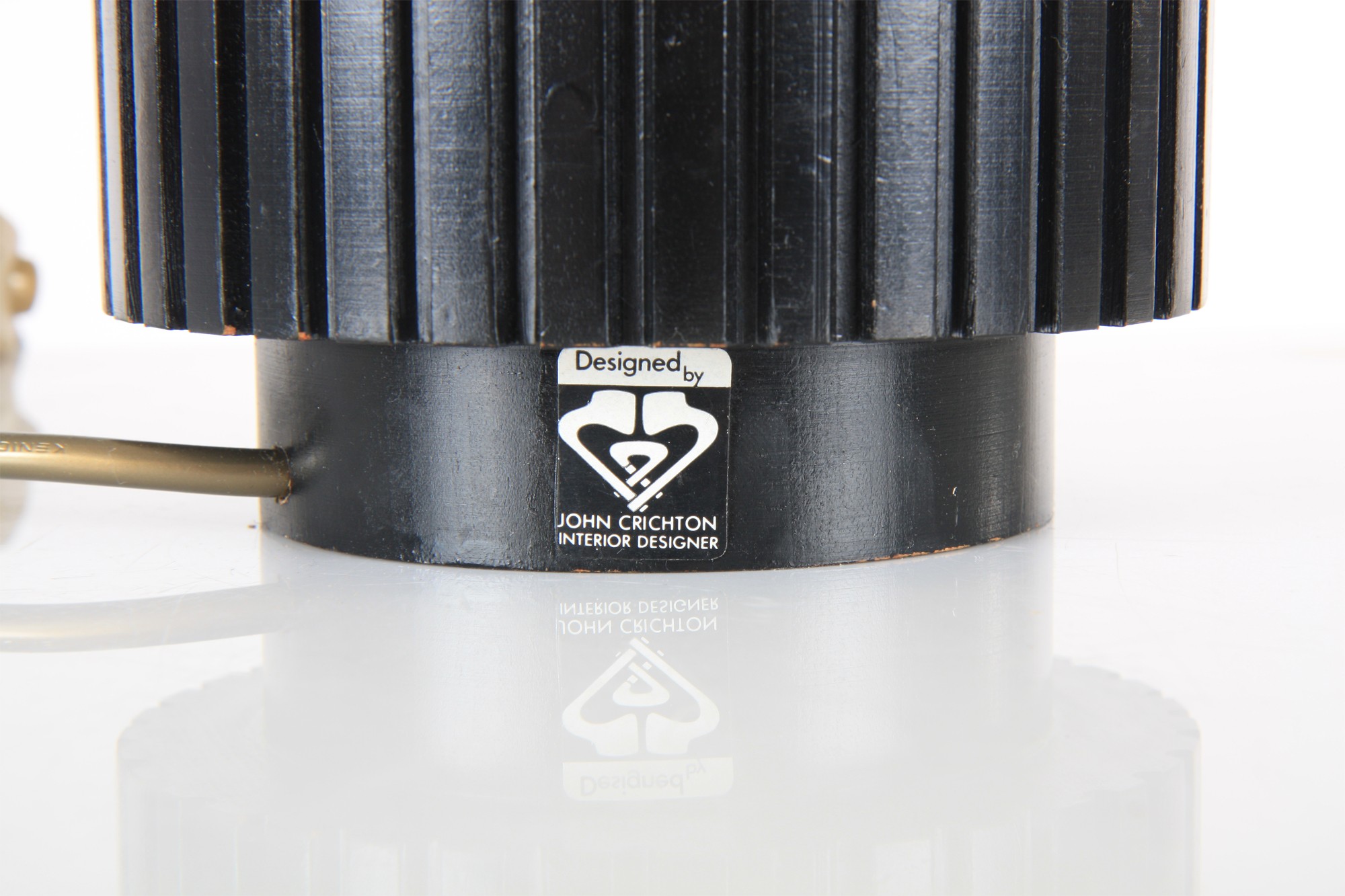 Crichton's work is rare and sought after as it was generally produced in low quantities by local artisans. This stunning table lamp with it's ebonised cylindrical base and original rattan shade is an inspired example of the Pan-Pacific modern style Crichton is loved for.

This is a stunning lamp and a rare example of New Zealand design history. It is the only example we are aware of.

Electrical: Professionally rewired and certified by an electrician