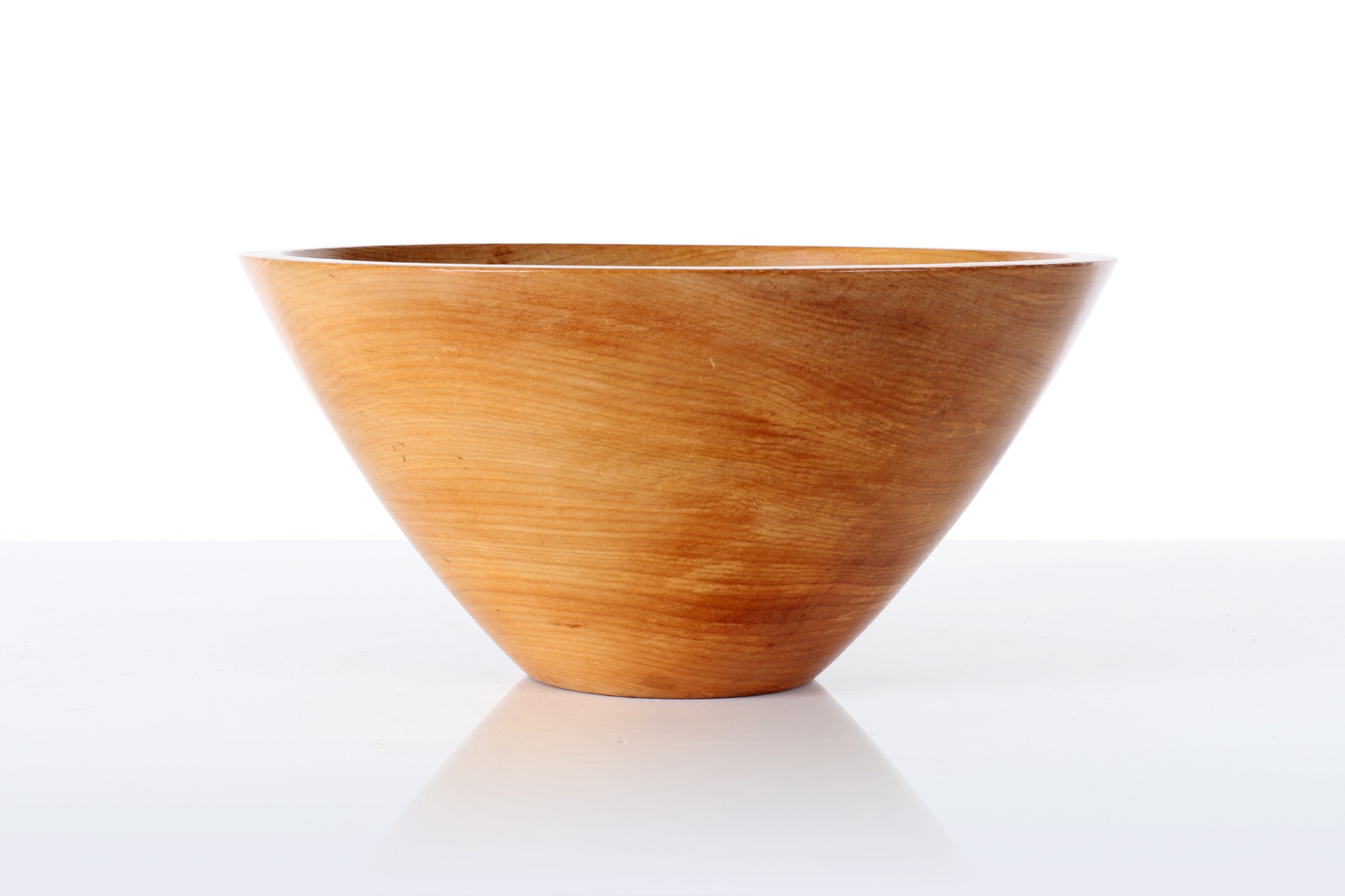 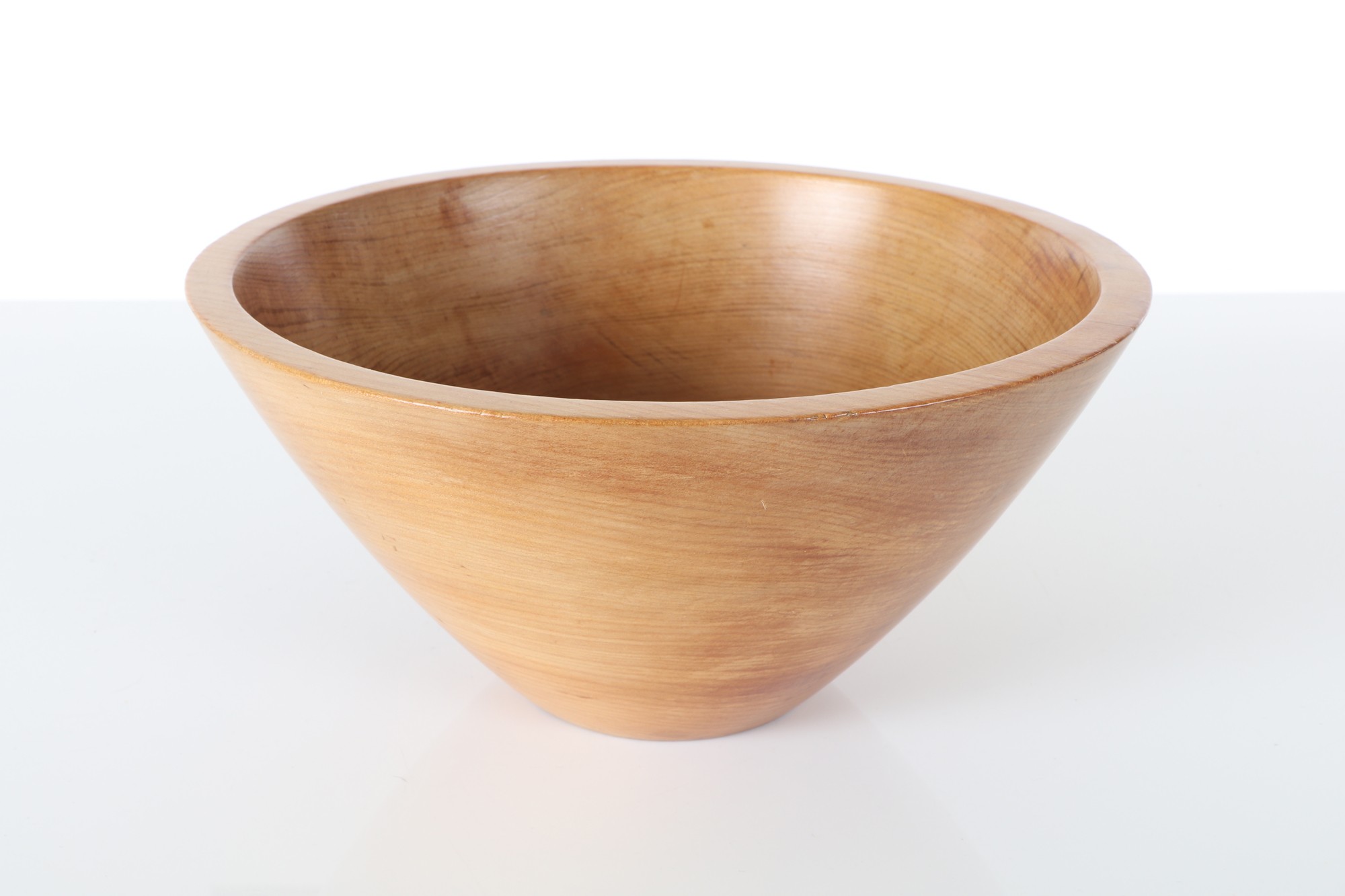 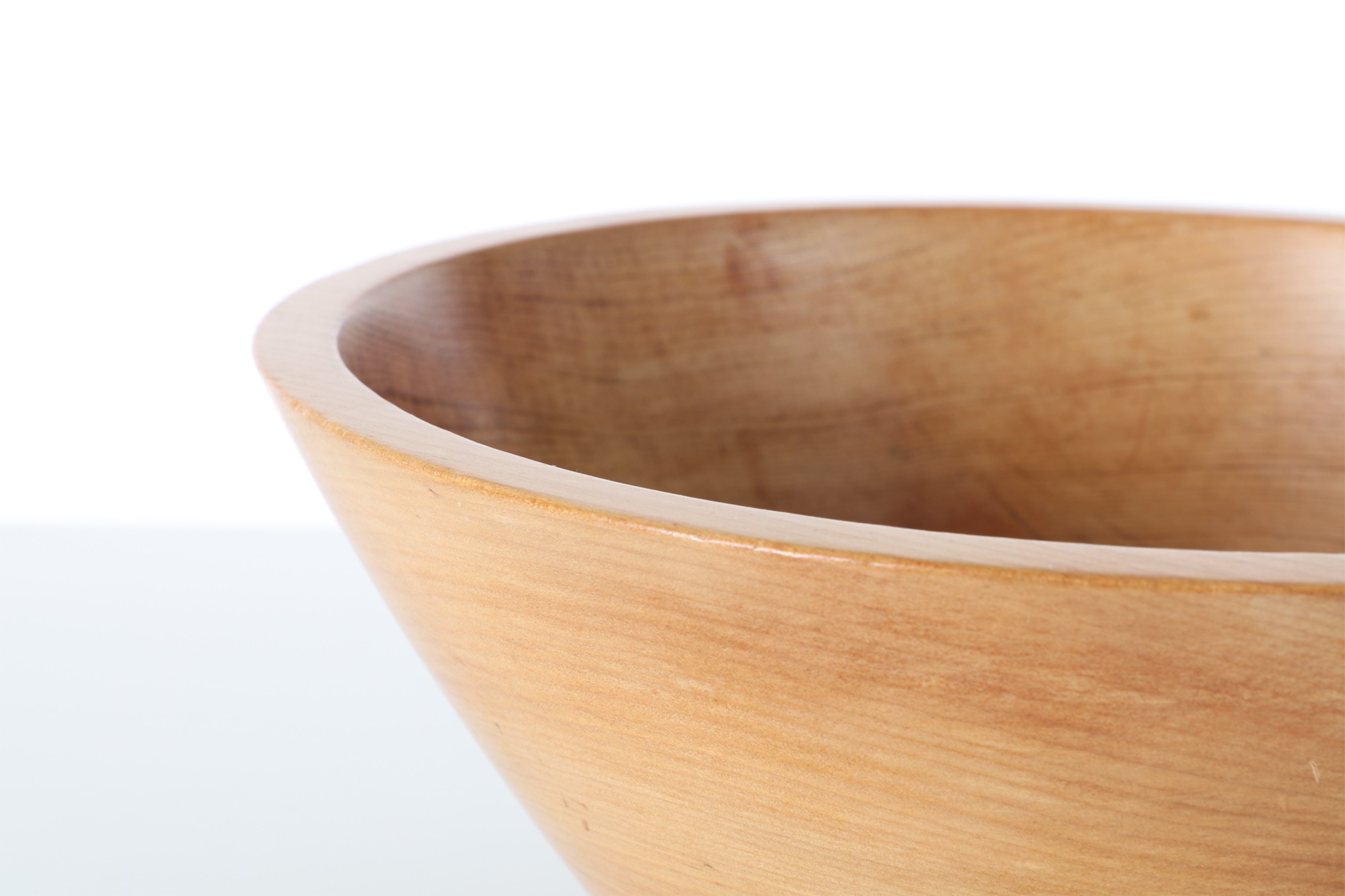 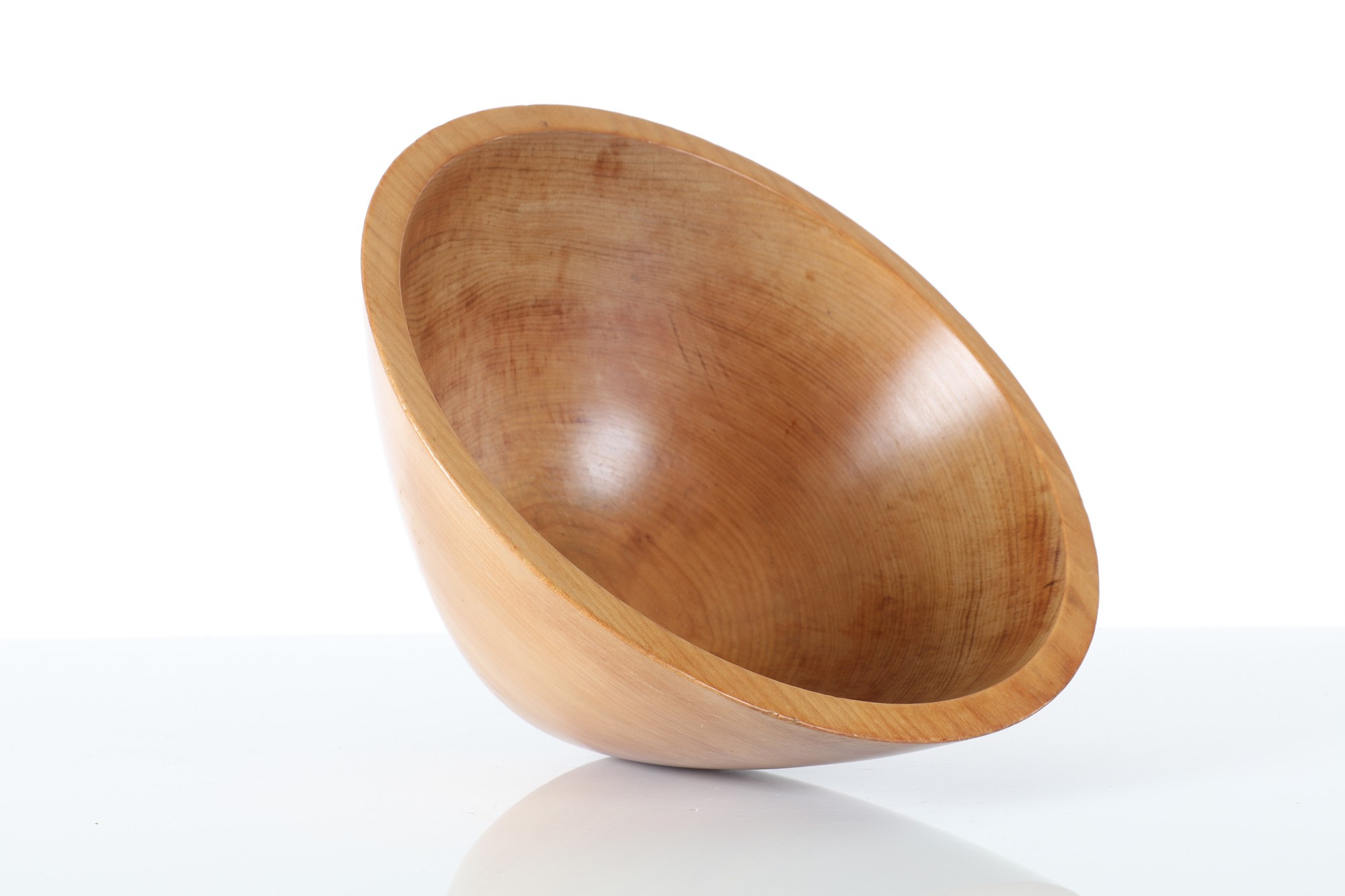 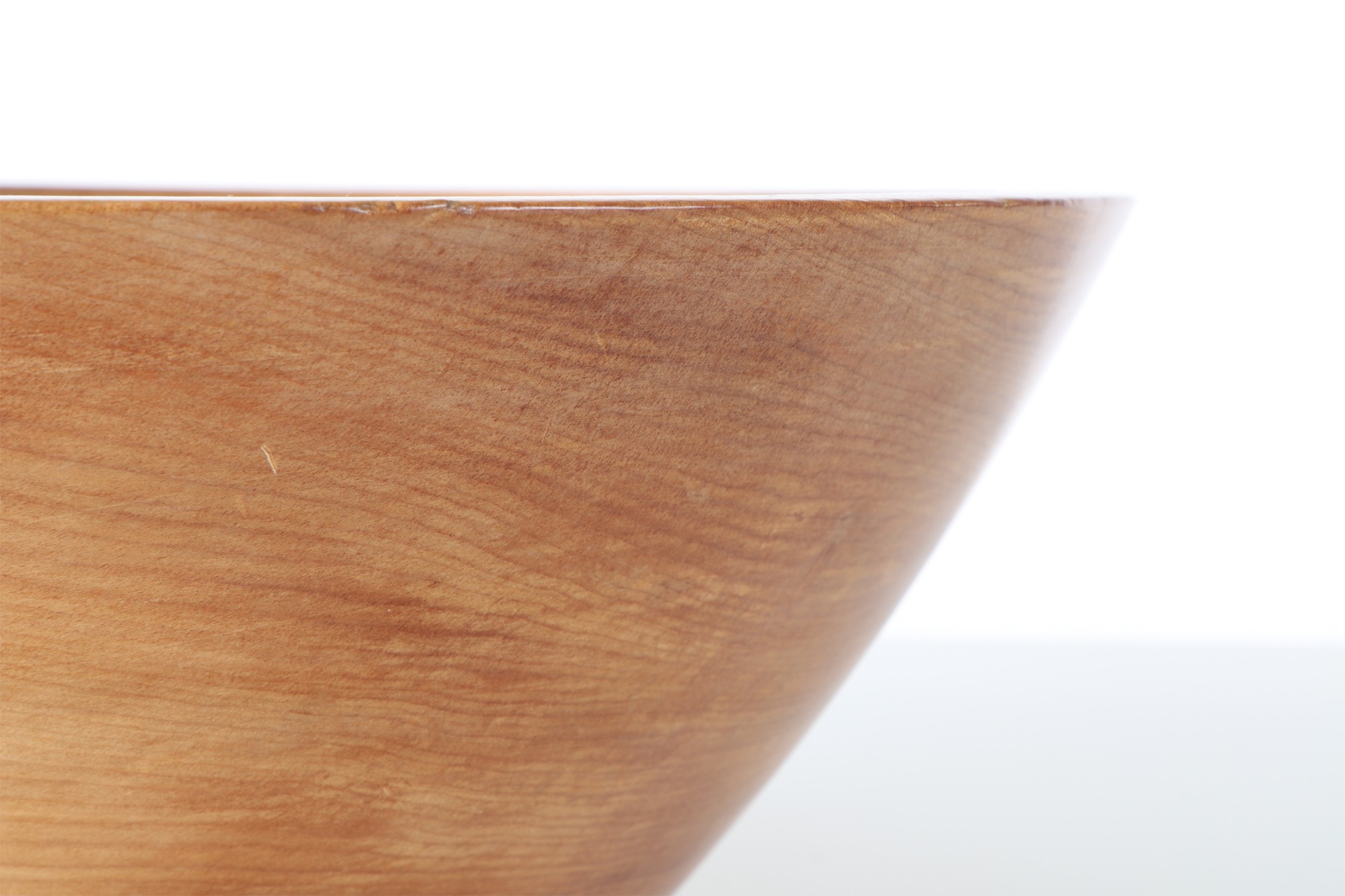 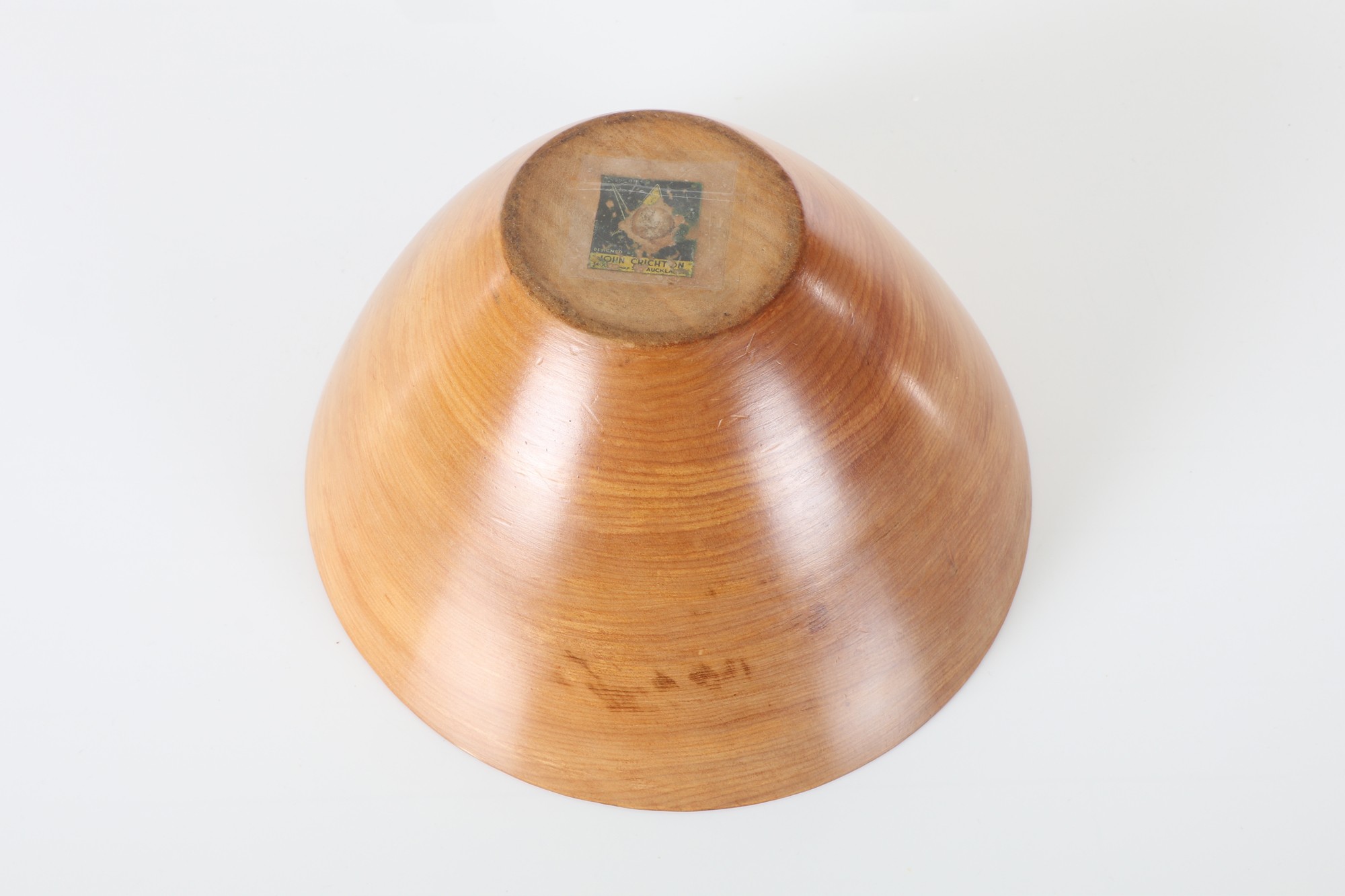 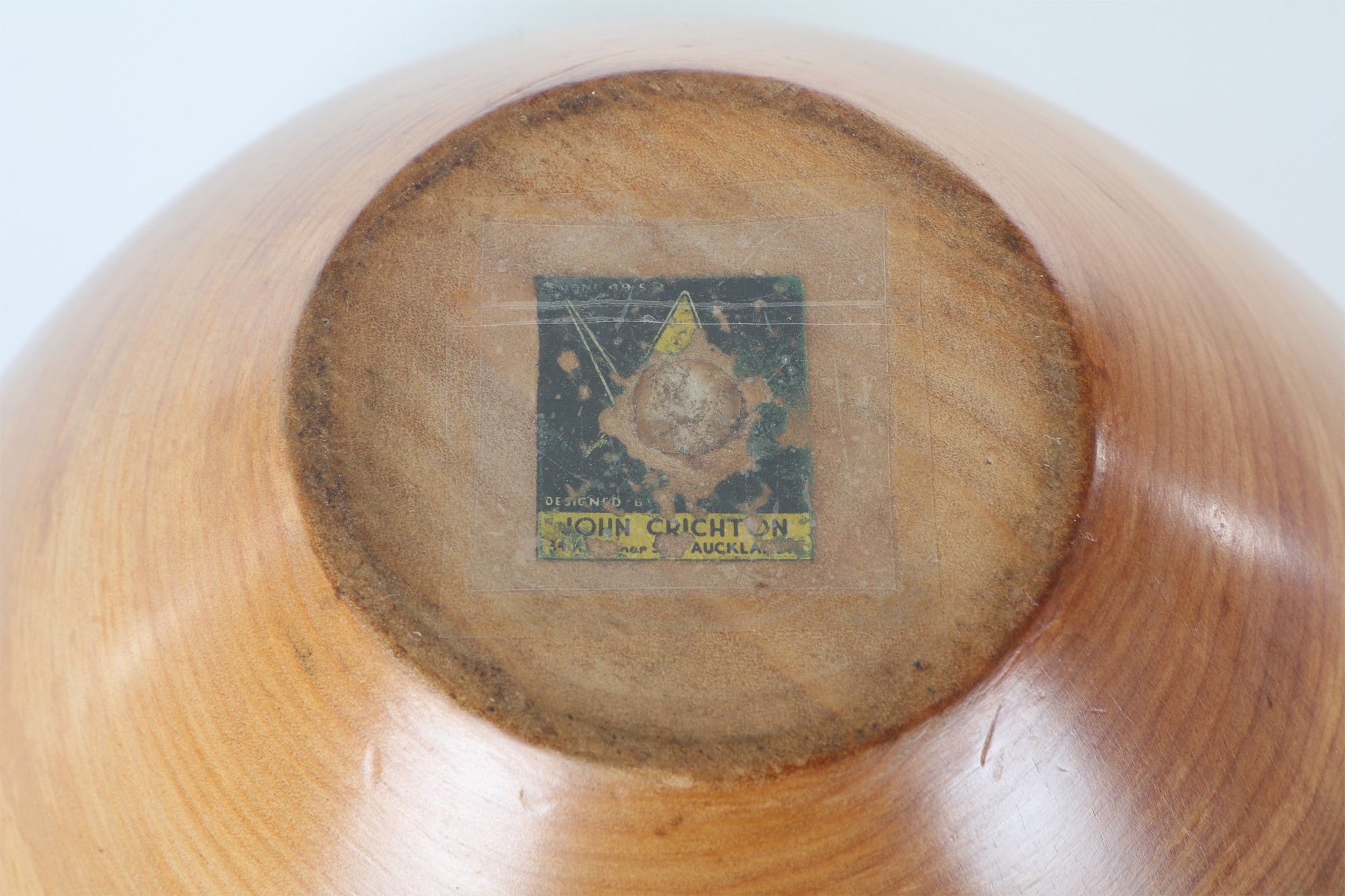 Crichton's work is rare and sought after as it was generally produced in low quantities by local artisans. This generously proportioned, hand turned Kauri bowl is an inspired example of the Pan-Pacific modern style Crichton is loved for.

Maker's Mark: John Crichton maker's label can be found under the bases 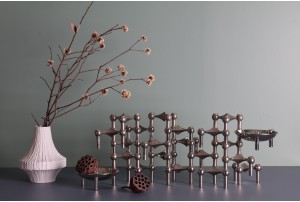 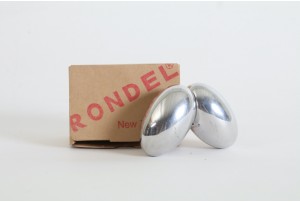 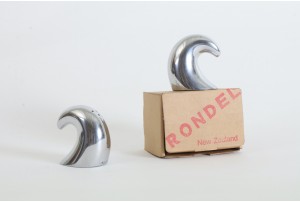 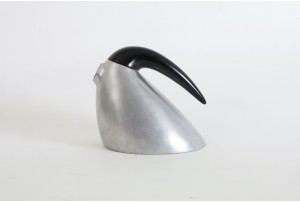 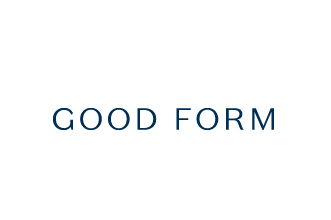 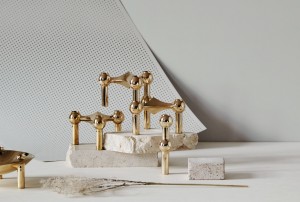